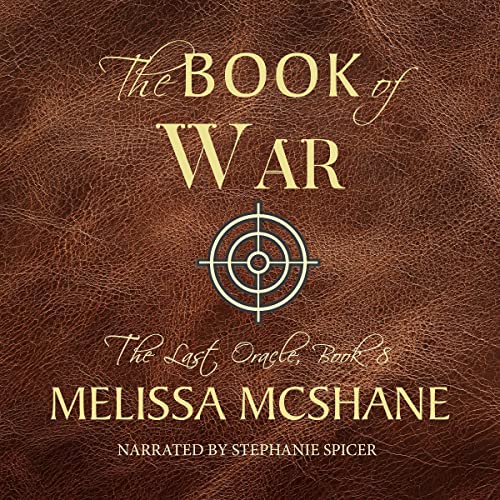 The Book of War

By: Melissa McShane
Narrated by: Stephanie Spicer
Try for £0.00

Helena and the oracular bookstore Abernathy’s stopped an attack by the alien invaders’ human allies and destroyed their attempt at a second oracle, giving the Wardens much-needed victories. Now, after months of fighting a defensive war, the Wardens plan a direct assault on the enemy stronghold.

But as the battle approaches, Abernathy’s has other plans. The oracle directs Helena to contact four ordinary people with extraordinary talents whose abilities will change the course of the war. Convincing them to join the fight challenges Helena’s persuasive powers to the extreme. If she fails, it will mean the deaths of thousands—including those Helena loves most.

What listeners say about The Book of War

I started this series and while the main character was completely unbelievable I read on for the interesting storyline/world. After this book I can't even finish the series. Spoilers, Helena is so completely unbelievable of a character, basic C HS student, could not finish Junior college, lives at home with parents, lazy. Gets job and just gets all life's dreams handed to her, free car, free apartment, and oh she meets a extremely rich guy and they fall in love and is insanely rich now. Okay but kicker she's now some sort of super character who can fight and is strong with absolutely no training, did I mention not very smart either but super talented now. Such a basic, basic, sugary dumb female who whines about everything. This entire book I just cringed at her selfish, pathetic dialog and her cringey friends prodding her along. Not a female character to look up to or respect. At this point I don't care how series ends.