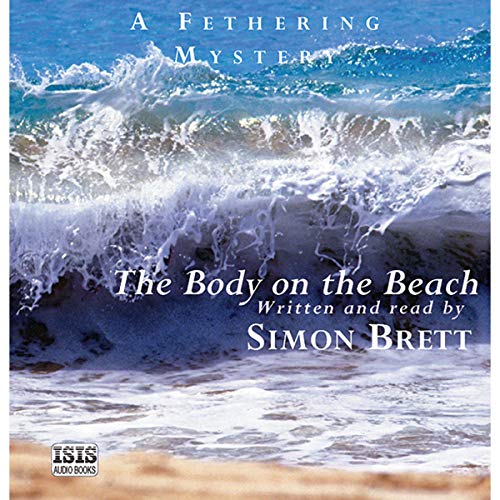 The Body on the Beach

Very little disturbs the ordered calm of Fethering, a pleasingly self-contained retirement town on England's southern coast. Which is precisely why Carole Seddon, who has outlived both her husband and her career at the Home Office, has chosen to reside there. So the last thing Carole expects to encounter in Fethering is a new neighbour with but one name and an obviously colourful past.

'Jude' was not really Fethering...but neither was the body Carole found on the beach. A body, it has to be said, that has disappeared by the time the police arrive. Only Jude is ready to believe what her neighbour says she saw - and from that moment on, the two women are resolved to turn detectives.

What listeners say about The Body on the Beach

I loved this book. A calm, mellow read with dry humour woven into each chapter. Really engaging and can't wait to read a second novel. The voice of the narrator was perfect.

Brett is a genius of the light hearted murder mystery. I wish he got more recognition.

I don't particularly like humour mixed in with my detective fiction and yet I did find some of the humorous comments and descriptions in this story really did appeal to me. Its a bit lightweight with a heavily vintage feel but a perfectly enjoyable listen. I wouldn't want to listen to the series wall to wall but will certainly dip into this series again when I'm at a loss for a listen at sometime in the future.

I listen to a lot of crime novels and I know how I like them - a lovely country manor house, cocktails before dinner and a dishy detective to solve the several murders. I have studiously avoided any that claim to be 'comedy' or 'amusing'. Quite why I came across this novel, I am really not sure but I am so very glad I did. I thoroughly enjoyed it!! It was witty and engaging. I recognised myself only too clearly in one of the main characters (not saying which one) which made me laugh out loud at the description of who I had unwittingly become! The story was hard- hitting enough to be serious and thought-provoking but at the same time, oh so devilishly delightful. It reminded me of a cross between Jane Austen and E.F. Benson (Mapp and Lucia) in it's delicious commentary on society and recognisable characters therein.
Lovely, lovely, lovely. Can't wait to chose another of Mr Brett's books!
Beautifully narrated!

Anther great book kept me wondering right till the end, give it a try you won't be disappointed

Well written, well read with some spots of humour. I am definitely downloading the next one!

This suited me as I hate gory and g raphic violence and bad language. I shall listen to more of the series.

... was a joy. How this guy has written so many books is beyond me. The story was incredibly engaging, beyond anything I've read recently. Simon is perfect as the narrator.

Well read, Simon Brett has an excellent voice and the whole story was marvellous! Very enjoyable!

Interesting to have unusual protagonists in the two middle aged women who become friends whilst investigating what happened to the body on the beach.Good characters, dialogue and plot. Would have preferred a dramatised version though.