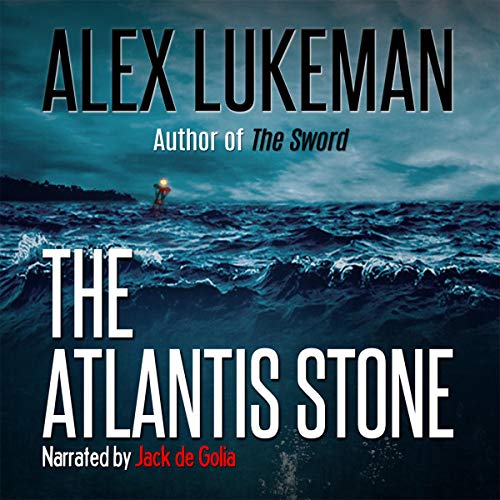 A photograph forgotten for 100 years holds the key to finding the legendary lost civilization of Atlantis and an ancient artifact of mysterious power. When a letter with the photograph and a faded map of Egypt shows up in the mail, the Project is launched into a search that takes them from the depths of the Atlantic to the sands of Egypt and places unseen for thousands of years.

Elizabeth Harker's Project team is caught up in a power struggle between two of Russia's vast intelligence services. As the trail to Atlantis emerges from the mists of the past, the team is stalked by agents of a man who will stop at nothing to gain another rung on the ladder of his ambition.

Whoever succeeds will gain knowledge to benefit the world or destroy it. The stakes don't get any higher.

Can the Project keep the secrets of Atlantis out of the wrong hands?

What listeners say about The Atlantis Stone

I was given this free review copy at my request and have voluntarily left this review.
Story well written and great narration

Love the Project Series, and the Atlantis Stone delivers another great listen. Can't wait for the next Lukeman/De Golia Project book!

I always love reading thrillers that center around Atlantis. This is a fun ride of a book. It is definitely an escape.

Intriguing plot, Egypt, the legendary lost Atlantis civilization. Men who want power, the author has once again USA good plot, with the elite team.
Given audio for my voluntary review and my honest opinion

The team is back although some members are more fit than others, when Selena gets a odd package through her agent with a map and some pictures of odd glyphs that she needs to decipher. But what Selena finds sends the team to foreign lands to investigate further. What they don't know is the Russians are following them, and the Russian are having a inter-agency war and it all involves the Project Team.

This is another wonderful suspense filled, action packed, hundred mile a hour charge ahead book by Alex Lukeman. I don't know where he gets his book energy from, but may it never end as well as the Project Team. I love these books, they are great and mix a bit of history in as well. If you are a audiobook fan like me than this is a treat, because Jack de Golia is one of the best and he has done all of the Project series so far, so he IS the voice of the team members.