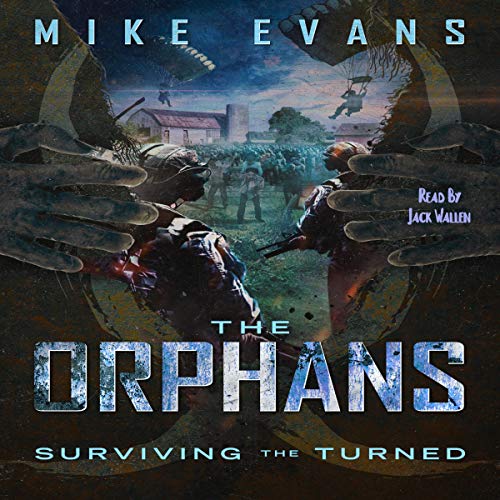 After the first wave of outbreaks and infection, the blood has not even had a chance to dry before Shaun and his friends are forced to disobey his father's wishes, to stay where they could be safe at the families' cabin and away from the unknowns of their new bloody apocalyptic world.

The zombies are just as vicious and hungry as in book one and never satisfied.

From their first trip into town the zombie apocalypse war begins, survival and taking care of each other is key.

The search for the cure is America and the world's only hope. The government put out a plea for anyone that might know anything about the spread of death.

The government very quickly figures out that Karen was patient zero at the hospital outbreak. They also find out that Frank Fox is the one responsible for developing the drug. None of them knowing about the backstabbing acts his assistant Rogers had done to him.

While the government waits for help, the military sends in a team of Navy SEALs to try and speed up the process, hoping that they can find the research that they need. The soldiers find the apocalyptic world a bit more dangerous and chaotic than they had expected.

Shaun and his friends run into the SEALs and together they embark on a battle to find the cure. Shaun has his own emotional issues to deal with, as he learns that his dad was the one responsible for it all.

What listeners say about Surviving the Turned

Narrator let's the story down

Excellent story and character development. I like that it is mainly a group of teenagers trying to survive the first day's of the Apocalypse. The narrator just let's the story down. A very monotone and weird pauses but I am sticking it out because the narrator is changed in Book 4. I'm sure it will be worth the wait. Book 3 is downloaded already.

Worthy sequel to the origin

As I already wrote on the review of the first part, I like the concept of teenagers braving the apocalypse on their own. The story is progressing at a perfect pace, with the story flowing seemingly naturally.

I loved this book, it was based more in the present with a lot of action, explosions & running & gunning! Shaun and Greg have had to grow up fast to keep everyone safe, and manage to adopt a SEAL team in the process. I particularly enjoyed the group reuniting with Andy at his shop, and he calls their town "Zombie Ville, USA", and the new role the SEALS find themselves in! I'm still not sure about the narrator, but listening at x1.5 as sugested did help. I definately recomend this book, and can't wait to start book 3!

I liked this story better than the first,

but the narrator is just terrible. He does some voices well, but his portrayal of Frank Fox was just horrible. And during the actual narrative parts its painful. He has a sing song cadence that's off putting. So much so, that as much as I enjoy the story I may not be able to finish the series.

I loved the story however the narrator voices were all so similar. This is important when listening in case you miss wo was speaking. It made scenes confusing at times. Otherwise great story.

wow even better than book 1

I thought book one was good! book 2 is even better! cannot wait to see what book 3 is like!

Great story if you can tolerate the narrator

This is your normal well written zombie apoc with a few good twists and turns, that is if you can keep from gouging out your own eardrums to get away from the narrators voice. He reminds me of the old Cpt, who would pause every.......few words.....in each.....sentence. Arrrgh and the monotony of the voice .......I wont even go into the male narrator trying to mimic a female.
Please Please Please, keep writing but have someone re narrate these books
christie

The Orphans is quickly becoming one of my favorite series. I love how so many of the characters are teens, who are faced with a horrible and scary reality and need to grow up quickly in order to survive. This is a fast-paced, post-apocalyptic zombie book that has a strong plot, multiple sub-plots and strong characters, while it is jam packed with action, gore, and suspense. It's a must read for any zompoc fan!

Jack Wallen, Jr. does a great job with the narration. He helps us distinguish between characters, tells the story in a natural way, and the dialogue is spoken realistically.

I love the unveiling of this story and the teens in it. My main issue was the military presence. Why are they such jerks? I get being hardcore in what they do, but I’d think they’d be a little more willing to listen to medical professionals and people who have been through direct battles with the infected already. Even if they happen to be teens.

I will say I’m not sure how much of the military coming across as jerks is the writing vs the narration, this narrator is hard to listen to, I’m holding out for when Eric A Sherman takes over right now. I know the narration will improve greatly then.

Over all the story remains engaging and I plan to continue with the next.

you need Mike Evans in your life

The Orphans is quickly becoming my favorite series. As I always preferred to read a book over listening to one I have found audible is just another way to enjoy The Orphans Surviving The Turned. I have listened to this book at least 6 times already. I never get tired of it and once I got used to Jack Wallen, Jr's voice in my head I never looked back. I cannot praise this series enough !!

The book was awesome, and so is the audio version. Easy to listen to, clear, and well read.

Exciting intriguing and keeps you wanting to read