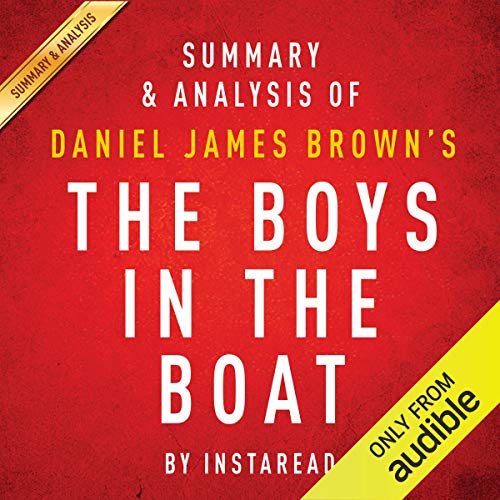 Summary & Analysis of Daniel James Brown's The Boys in the Boat

The Boys in the Boat: Nine Americans and Their Epic Quest for Gold at the 1936 Berlin Olympics by Daniel James Brown is a nonfiction account of the remarkable life story of Joe Rantz. Rantz was a determined young man who overcame personal tragedy and hardship to win a gold medal at the 1936 Olympics as a member of the US rowing team.

When Joe was four, his mother, Nellie, died of throat cancer. His father, Harry, went to Canada. He sent Joe to Pennsylvania to live with his aunt Alma while his older brother, Fred, returned to college. A year later, Fred had graduated college and married Thelma. He sent for Joe to live with him and his new wife.

Please note: This product includes an analysis of the audiobook, not the original audiobook. The recording includes: