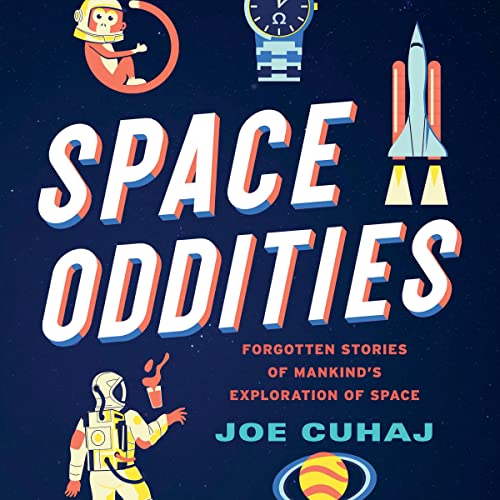 Nothing captivates the human imagination like the vast unknowns of space. Ancient petroglyphs present renderings of the heavens, proof that we have been gazing up at the stars with wonder for thousands of years. Since then, mankind has systematically expanded our cosmic possibilities. What were once flights of fancy and dreams of science fiction writers have become nearly routine—a continuous human presence orbiting the Earth, probes flying beyond our solar system, and men walking on the moon. NASA and the Russian space program make traveling to the stars look easy, but it has been far from that. Space travel is a sometimes heroic, sometimes humorous, and always dangerous journey fraught with perils around every corner that most of us have never heard of or have long since forgotten.

Space Oddities brings these unknown, offbeat, and obscure stories of space to life. From the showmanship and bravado of the earliest known space fatality, German Max Valier, to the first ever indictment under the Espionage Act on an Army officer who leaked secrets concerning the development of early U.S. rockets; and the story of a single loose bolt that defeated the Soviet Union’s attempt to beat America to the moon.

What listeners say about Space Oddities