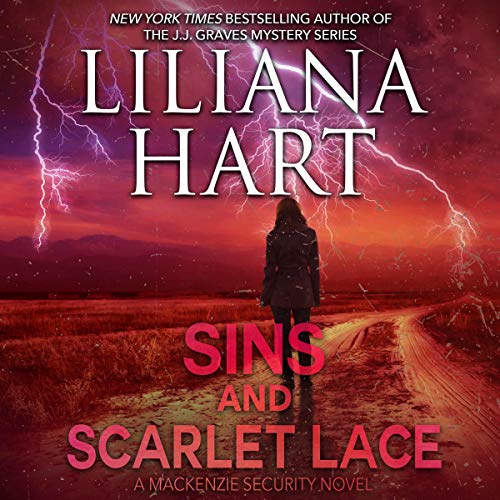 By: Liliana Hart
Narrated by: Noah Michael Levine
Try for £0.00

Declan MacKenzie has loved the same woman for as long as he can remember, but after a mission early on in his career turns deadly, he realizes he can never have a wife or family and keep them safe. So he watches her marry another man.

Sophia Huxley is involved in a nightmare. Her late husband has been labeled a traitor and he's made her the fall guy. There's no one she can call to prove her innocence. Except the man who broke her heart.

What listeners say about Sins and Scarlet Lace

I love Liliana Hart and have read every book she has wrote. I thought I would get one of her novellas to listen to for something different. Gosh I really didn't like the voice of the narrator trying to relay the female it put me off so much that I didn't even get half way through

Liliana At Her Best!

This book is more proof Liliana has talent! I love The Mackenzie Series and love where she's going with this series. The book was well written and plotted perfectly that it was anticipating versus knowing what was to come next.

I have been really enjoying this series. I appreciate the closeness of the family and adopted friends. This particular story continues along the same line building on the ones that came before.

I have long awaited Declan's story. To hear of what had happened in the past to get him the scars he carrys. Sophie is such an excellent match for him. She doesn't let him get away with anything.

He will save her and Keep her

Declan finds himself being hated by the one woman he has loved forever. He left her to protect her, now she is being investigated as a terrorist to the US. How had life gotten so complicated. She is being hunted and Declan will never anything harm her and he won't let her go this time. Intense story that keeps you on edge till the end. The narrator was good. Deep voice that brings the MacKenzie men to life.

Although I enjoy all of Liliana Hart's stories, this isn't one of my favorites. However, Noah Michael Levine brings every story he narrates to life. Take a listen to the other series he narrates.