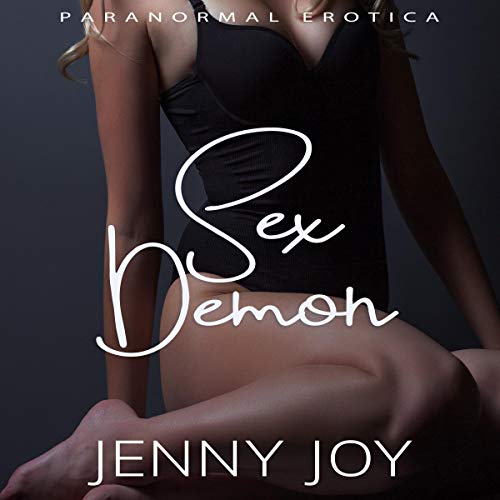 By: Jenny Joy
Narrated by: Kevin Mckewan
Try for £0.00

A demon by the name of Ash befriends Ana, a young woman who is the healer for her village. The more they talk, the more he feels the need to protect her, as demons can follow one another’s scents, and he does not want to put her life in jeopardy.

To protect her, he marks her with his demonic seal, which allows no other demon to harm her, except for those who went their own way long ago and do not follow the laws of the demon realm. They use her seal to track her down and attack her, forcing Ash to intervene and take her to the demon realm, where the others cannot go due to their corrupt ways.

After several weeks of living with Ash and his siblings, Ana finds herself alone with Ash and takes a risk that she hopes she won’t regret, as she indulges in some rough sex.

What listeners say about Sex Demon

Ash is the demon who marks Ana, the female human. When they have sex, Ash does not realize she is a virgin. When they are finished, Ana has tons of injuries. While she is asleep, he leaves to figure out what to do. I was enjoying the book and now I want to know what happens. The book ends very abruptly so hopefully there will be a book 2.

Kevin McKean did a great job with the narration. I received this free copy audiobook at my request and have voluntarily left this review.

This was a quick insta hot listen. There is not much meat to the story but plenty of heat. It did in a way abruptly end with no resolution. It makes me want more to the story. What was in the story was good. The narrator did a good job.

I was given this free review copy audiobook at my request and have voluntarily left this review.
AudiobookObsession
AudiobooksUnleashed