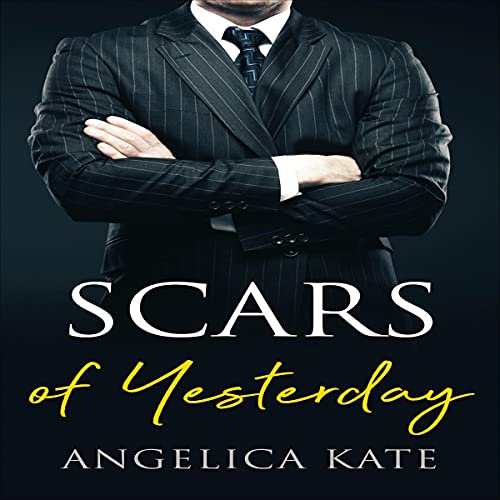 By: Angelica Kate
Narrated by: Emma Baker
Try for £0.00

Jordan Kuriel was tough as nails, immovable, and unflinching, which were the very characteristics that propelled her into a decorated military career serving multiple tours overseas, until the moment a bomb ended that trajectory and sent her state’s side for good.

Upon her return home, she found her younger sister’s lifetime of bad choices come to a head, making Jordan a single mother, causing her life’s mission to take a drastic turn. Balancing her grief, healing, and an infant, Jordan finds peace with the past and focuses on building the life she desires for her new son.

Over time, Jordan comes to cherish her close-knit family, a career she loves, and is making the best of all her blessings while never allowing herself to focus on the sacrifices her injuries forced upon her and ruin that peaceful existence. That balance is upended the day she comes home to one of the richest men in America standing on her doorstep demanding her name and a number for her to turn over custody of her son.

Domninic Bansuelos runs his families multi-national company with firm but fair hands and puts his duty to the masses of employees and his family above his own happiness. The scar across his heart honed by hordes of people who only seek his company to better their bank accounts, company position, or other selfish endeavors causes him to always feel alone even in the most crowded of public spotlights.

He was raised by parents who only ever had eyes for each other until the moment his father passed on the reigns of their kingdom to him. His parent’s marriage provided him a blueprint of the ideal relationship that no woman has ever been able to attain and give him a reason to break his bachelor existence.

When his mother demands he once again clean up his baby brother’s mess and try to gain custody of the nephew he never knew existed, he crosses path with the indomitable force that is Jordan Kuriel. He had hoped for a simple showing of force to back her down but soon finds out that where this woman is concerned, nothing is that simple.

What listeners say about Scars of Yesterday

Scars of Yesterday was my first Angelica Kate book, and wow, was I ever surprised. The story is well-composed, engaging, poignant, and quite engaging. I fell right in love with the characters; they were well-developed, complex, and authentic, with many emotional layers. I enjoyed every moment of Dom and Jordan journey; they were absolutely amazing.

Emma Baker did an excellent job with the narration; she emulated the characters personalities, bringing them to life. Scars of Yesterday was well worth the listen, one I enjoyed and recommend.

After leaving the army , from a bomb exploded and left her scared, Jordan finds herself looking after her sister's baby boy.
Not knowing who the father, Jordan takes on full the job of aunt/mum.
Dominic finds out his younger brother was a father and goes to find out about his nephew.
Cross wires, family, wounds that need healing and love.
I so enjoyed listening to the book.

This audiobook is true to Angelica Kate's style. It is a quick, easy listen with big feel-good factor. The characters are wounded and complex but surrounded by loving friends and family. Despite that, there are always issues to resolve and complex scenarios to get through. I enjoyed this story and really liked the characters, especially Jordan who portrayed a strong, principled, honourable but wounded woman. She and Dominic certain go through a lot to get their HEA.

First things first, this book was given to me free at my request in exchange for me to provided a voluntary and HONEST review.
This was the first time I've heard of this author and my first book of hers. And overall, I really enjoyed the storyline and do recommend this book. I didn't rate this book five stars only because I don't feel like the description of Jordan and Dom are accurate. Jordan is described as tough and unmovable, but I actually found her very selfless and caring. (Which I personally loved how the author combined Jordan's warmth and comforting persona alongside her military career. That is just a thing of beauty!) Dom is described as a no-nonsense and extremely workaholic, but I actually found him approachable, and there weren't any examples of him working more than he should. Before starting the book, I expected Jordan and Dom to REALLY buttheads since they were both described as having very strong personalities. However, that was not the case, other than when they first met. This misrepresentation (or rather, exaggeration) of the description of their personalities is the reason why I gave the book four stars instead of five.

It was a good book but I found it to be a little boring and I wasn't a fan of the narrator either. She would just go from one pov to the next without any pause at all. Also, the ending was too abrupt as were the other two books of hers I read. One pov and an HEA. I would still recommend trying this book out.

I was given this review copy audiobook at my request and have voluntarily left this review.

For the good of the child…

Jordan Kuriel adopted her infant nephew after her sister died…without knowing the identity of the farther. Now a couple of years later and Jordan is shocked to learn that her nephew is the only heir to the Bansuelos empire! When Dominic Bansuelos learns that he has a nephew, he anticipates dealing with a gold digger. Instead, Dominic meets the down-to-earth, ex-military, and wounded, Jordan. Sparks fly but the pair intend to be in the friend zone…but will they succeed? Beautiful story.
I voluntarily accepted a complimentary copy of this book in exchange for an honest review.

I enjoyed the premise of the story. I also connected well with he main characters. I would read something else from this author. I would also try reading it the next time.

I struggled with the narration here. At times the words/sentences were choppy, and the inflections felt like it was in the wrong spots at times. But the biggest issue I had (which is 100 percent a me thing) is the scene changes would confuse me and take several sentences for me to understand we moved onto a new section of the story, it would of been smoother if there was a longer pause or presented as a new chapter.

A must listen to book

This is a must listen to book. It’s so wonderful and exciting. The narrator was wonderful and I just can’t say enough about this book