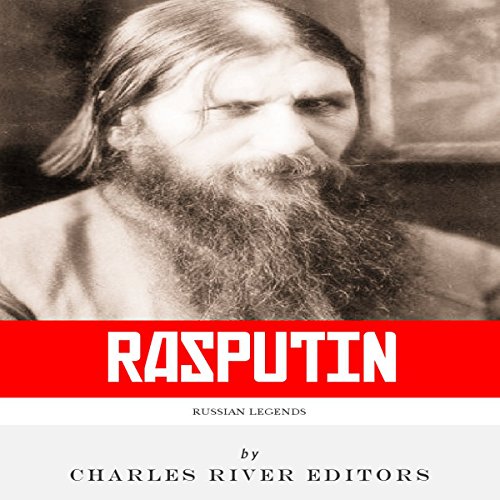 By: Charles River Editors
Narrated by: Jared Wekenman
Try for £0.00

A lot of ink has been spilled covering the lives of history's most influential figures, but how much of the forest is lost for the trees? In Charles River Editors' Russian Legends series, listeners can get caught up on the lives of Russia's most important men and women in the time it takes to finish a commute, while learning interesting facts long forgotten or never known.

The world has never had its shortage of legends surrounding the lives of supposed mystics, visionaries, and prophets. But few have ever grabbed a hold on pop culture quite like Grigori Rasputin, one of the most shadowy and mysterious figures in Russian history.

Naturally, what makes Rasputin one of the 20th century's most colorful and memorable figures is what we do not know. It is unclear how much basis in fact accounts of Rasputin's life truly hold, since the sources mostly consist of memoirs, hearsay, and embellished legend. Some contemporaries considered him a saintly mystic, psychic, healer, and prophet, while others considered him a debauched heretic. The extent to which he beguiled the ruling Romanovs, and how he did so, remains mysterious as well.

It's hard to kill a legend, and that has literally been the case with Rasputin, whose death remains the most legendary aspect of his life. Perhaps the best known part of the Rasputin story is that his murderers practically had to kill him 10 times to finish him off, using everything from poison to bullets to drowning. Naturally, exactly how Rasputin actually died remains a source of controversy as well.

What listeners say about Russian Legends