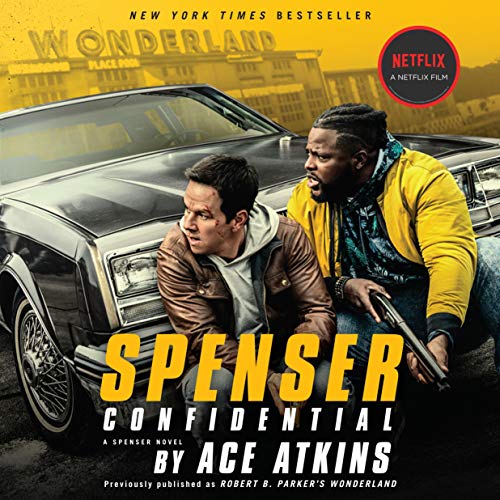 By: Ace Atkins,Robert B. Parker - creator
Narrated by: Joe Mantegna
Try for £0.00

Old friends. Small favors. Bitter rivals. Stirred together, it all makes for one explosive cocktail in this New York Times best-selling thriller that has Spenser feeling the heat....

Henry Cimoli and Spenser have been friends for years, yet the old boxing trainer has never asked the private eye for a favor. Until now. A developer is trying to buy up Henry's condo on Revere Beach - with a push from local thugs. Soon, Spenser and his apprentice, Zebulon Sixkill, are on the trail of a mysterious woman, a megalomaniacal Las Vegas kingpin, and a shady plan to turn a chunk of land north of Boston into a sprawling casino. As alliances shift and twisted dreams surface, the Boston political machine looks to end Spenser's investigation one way or another - and once and for all.

"Atkins finds his footing this time, settling into the character and concocting a fairly complex caper with urban development, organized crime, and sex all playing roles.... Quite a good crime novel." (Booklist)

It was obvious this was not written completely by Mr Parker but was ok. However what spoiled it for me was the narration very poor.

Joe Mantagna is a wonderful narrator for Spenser. Atkins channels Parker flawlessly, yet is the story just a little too predictable? Definitely one for fans though.

In the Spirit of the Original

Ace Atkins does a good job of channeling Parker in his second Spenser novel. Atkins has a bit of a harder than most of Parker's works and his attempts at humor come up a bit short of the master's. Evidently he has decided that Hawk, (the best character in the series) is no longer relevant, expendable, or is just too difficult to write well. Thankfully he has practically dropped the character of Susan Silverman. Atkins' Spenser runs a bit longer than most of the Spenser novels, mostly to no effect. There is a stretch of about 60-90 minutes where the narrative seems to wander aimlessly, and for no apparent reason; still, a slightly less authentic Spenser is still Spenser. Zebulon Sixkill is something of a Wooden Indian, and responds to most of Spenser's Hollywood Indian comments as if he were old enough to remember them, but he provides a further opportunity for Spenser to take on the role of father. Healy and Lundquist serve as decent replacements for Quirk and Belson; Atkins has allowed Spenser to continue on which is good enough for a recommendation.

Loved it. Nothing like the movie, thank heaven. Ace stays true to Parker's style, details, and characters. Great story line and I always enjoy the read by Montagna. I would hardly recognize the movie as being based on the book. It was a total waste of time. I'll stick with the book and highly recommend it.

One of the best Spenser stories!
Strong recommendation!

Lots of twists and turns!

Good but not quite

What did you love best about Robert B. Parker's Wonderland?

This is Spenser. This is Parker - well not quite but close enough.

What does Joe Mantegna bring to the story that you wouldn’t experience if you just read the book?

Joe Mantegna has been the voice of Spenser; he is Spenser.

Bo! I wanted to parse it out so it would last.

I saw the movie first. The movie was good. The book was good too. The movie had the gist of the book but the story line was different. I enjoyed both but I think the book was more complex which made for a better story.

WONDERLAND is everything and more that you love about Spenser novels; this is a story with characters you care about, wrapped up in the core of a very intense plot.
Ace Atkins is doing Robert B. Parker proud! And thankfully it's Joe M. bringing the characters to life, no one does it better than he!

Nothing was lost in this continuing character driven story. If anything, funnier than originals. Worth the purchase.

Robert B. Parker is proud

If you could sum up Robert B. Parker's Wonderland in three words, what would they be?

From the beginning to end I could not stop listening to the story. Ace Atskins did a great job with spenser by bringing his humor and tough character alive. The tradition continue without Robert B. Parker.

Have you listened to any of Joe Mantegna’s other performances before? How does this one compare?

Joe does an exelent job with Spenser. He makes spenser live with his voice and does a great job bringing all the other character alive.

Everytime I read a Spenser novel I laugh. I listen to the story 3 times and do not get tire hearing it. Not only I laugh but Spenser makes me think.

This is a must read. If you love the spenser TV show you must read all his spenser novels.

I have all of Parker's 'Spencer' audiobooks and especially treasure the ones read by Joe Mantegna. Ace Atkins did a pretty good job of writing Spencer dialog. I missed having Hawk in the book, like I do any time he is "unavailable" for the plot.

I love the Spencer series! These never disappoint. Ace does a fantastic job carrying these on!