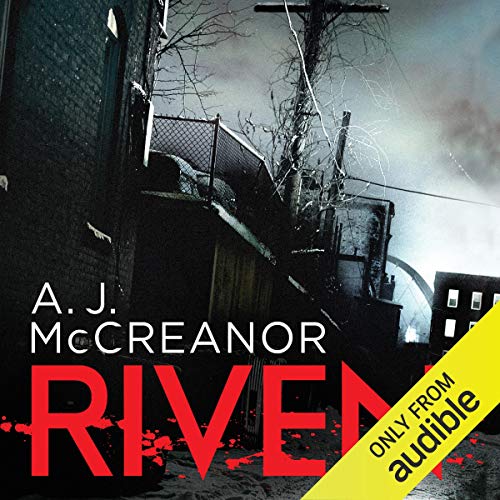 A psychologist is found brutally murdered, an addict jumps to his death and a student is found dead. These are the facts. And they are all that DIs Wheeler and Ross have.

As Wheeler and Ross weave through the layers of Glasgow’s underbelly, they find a subculture where truth and lies are interchangeable commodities, and violence is the favoured currency.

The killer stays one step ahead of them as Wheeler uncovers a web of deceit in which her own nephew is entangled.

He leaves his legacy....

And as the case draws to a close, Wheeler has to confront her own integrity and face the dilemma: is justice always served by the truth?

A. J. McCreanor was born in Glasgow and after university taught English in various secondary schools in inner Glasgow. In 2011 she won first prize for crime fiction writing at the Wells Literature Festival. Anne now lives in Glastonbury with her husband, two cats and one dog.

"Brilliant." (The Sun)
"A well-paced and gripping crime fiction debut." (Choice Magazine)
"An outstanding debut." (Daily Record)
"For fans of Stuart MacBride, this is a delight to read. A J McCreanor is a welcome addition to the Scottish crime scene. Glasgow is in very dangerous hands." (Crimesquad)
"A super story with a breath-taking ending that leaves you wondering whether the truth is better left unsaid at times. I loved this story and am keen to read more by this author in the future. She is definitely a name to watch! Highly recommended." (Eurocrime)
"Fast paced, exciting and gritty crime debut...fans of Ian Rankin and Val McDermid will be delighted to add a new author to the their must-read list." (Candis Magazine)

What listeners say about Riven

Too many back plots

I struggled to finish this one. there were so many bad thoughts and subplots that I had to keep backing up to remember who was whom. By the end of the book I neither knew nor cared who the original murderer was. I also could not find one redeemable or likable character, except perhaps the dog.

Put me to sleep!

Would you try another book from A. J. McCreanor and/or Caroline Guthrie?

Doubt it. Once burned...

Would you ever listen to anything by A. J. McCreanor again?

Probably not. The story just seemed to amble along and I frequently found myself drifting off to other thoughts. Believe I need something a little faster paced.

Would you be willing to try another one of Caroline Guthrie’s performances?

Would have to listen to the sample first. If she continues with the HEAVY accent, no.

Not that I can think of. Totally wasted a credit.

for an American, the narrator's accent makes this tough to get into. haven't listened to much as a result.