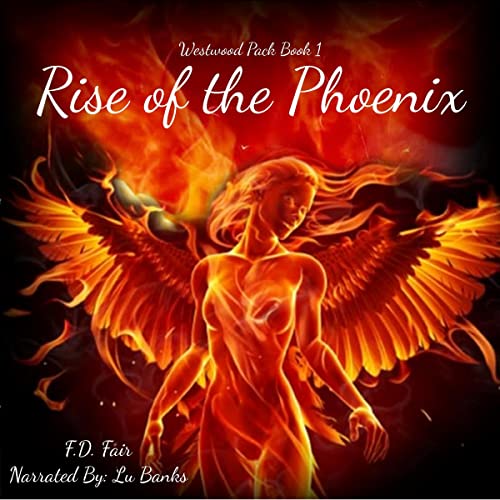 Rise of the Phoenix

Walking through the grocery store on a Saturday night with two rambunctious boys was not my idea of a good time...but when Tanner has cravings for certain foods, you get that food or he gets "hangry"...

Yes, that is what we call it. Hangry because he will fly off the handle and lash out at anyone who is in the vicinity because his Mr. Hyde persona comes out to play. He transforms into something comparable to the Hulk walking around "Hulk smashing" anything that he finds offensive at that moment.

The boys and I have learned the signs over the years so that we can counteract his moods pretty quickly, lest we get his wrath. Most of the time he’s a decent husband and father - okay, that’s not totally true; it would be if you can call a womanizing, uninterested father decent.

He tries sometimes, I think, but honestly, I don’t think it’s possible for him to change. God knows I’ve tried over the past 10 years. That’s how I ended up at The Hole in the Wall on a Saturday evening with the lights of my life (my little turds, as I call them), Ryker and Riley. Ryker, my mini-me with dark hair and eyes and a round face, just turned seven; and Riley, my blonde-haired, blue-eyed boy who has a permanent six-pack and a metabolism every woman dreams of, is turning 10 in a couple of weeks, and as much as I love them, the constant bickering between them drives me insane!

I knew when I said I wanted to try for a girl after having Riley that I would end up with another boy, but I had to try. It was just meant to be, I guess. I mean, at this point, I’m not even sure what I would do with a girl, boys are much more my speed, mud pies, nerf gun battles, climbing trees, well everything is more my speed except the energy levels of these two, they never sit still. Nevertheless, a girl might’ve been nice.

What listeners say about Rise of the Phoenix

This book pulled me in quick, hard to put down. Can't wait for the next one!! but i see the next ones are not on audiobook


Phoebe's is in a very bad marriage, with two sons. She is struggling . Alaric's a wolf shifter that wants her as his mate, but she is married ....
He sees her in a supermarket and knows that she is his . The two go through so much. Such a wonderful listen.

Rise of the Phoenix

I had a hard time getting this book so I may try to listen again at a later date. Lu Banks did an OK job but I think the narration would have made the book much better if there were both male and female narrators. I received this free copy audiobook at my request and have voluntarily left this review.

Rose of the Phoenix, an Audiobook by F.D. Fair is the mind-blowing story of Alaric and Phoebe. She’s left a horrible relationship, along with her kids. When they meet, he knows exactly who she is…and now he needs to find a way to make it happen. But, her family is in the way and they want her back at all costs….

Absolutely fabulous story!!!!! I couldn’t stop listening to it. My heart just ached for her and her kids…while I craved for things to work out for them!!! Incredible ending…and great first book in a new series!!!

This Audiobook was narrated by Lu Banks who did a phenomenal job!!! She just further brought this story to life!!! Excellent performance!!!

I am volunteering to leave a review for an Advance Reader Copy of this Audiobook.

Amazing and exciting story and I definitely recommend this book. Looking forward to the next books

I have been struggling to get into audiobooks, but this story has me hooked all over again! I've read the series by F.D. Fair, but I had to give Audible another shot when I found out that the first audiobook had been released. I was shushing my kids in the car and turning on noise cancelation on my AirPods for a week straight! I hated being interrupted and work turned into a nuisance as I listened to this story. Even though I knew what was going to happen, I was riveted to hearing what was coming next. Thank you so much, F.D. and Lu, for getting me hooked on audiobooks!

I absolutely loved it!

great book, hard to put down. I wanted to listen to all of it at once. can't wait to find the next one and keep going.

This is a new author to me and i loved this storie so much that i started stalking her. Can't wait to read the other books. And the narrator did such an awsome job that i hope she's the one bringing the other books to life.

unusual twist on the shifter romance

enjoyed the story, author built a great world and I became invested in the characters and the story line so I'm hoping there are more books coming with more stories about this pack.

Narrator is not my cup of tea

*I received a free copy in exchange for an honest review*

I couldn't get into the story because of the narration. I'm very picky about narrators and this one didn't hold my interest at all. I tapped out at chapter 4 cuz I didn't know what was going on in the story anyways.