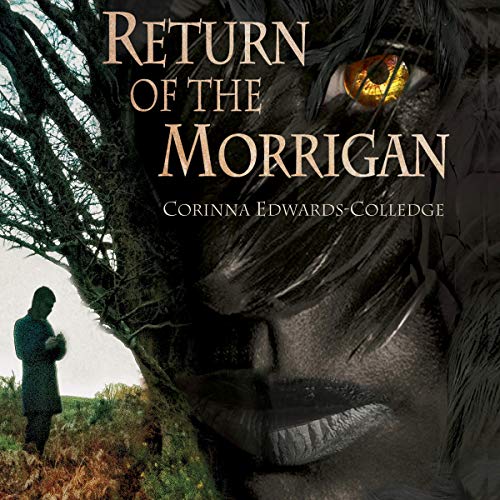 Return of the Morrigan

By: Edwards-Colledge Corinna
Narrated by: Jac Knight
Try for £0.00

A mystery thriller, compellingly narrated by Jac Knight and featuring haunting music by The Left Outsides.

It's the hottest summer on record in the run-down village of Burdon, and someone's coming. Roaring into town one night on a powerful motorbike, the beautiful and mysterious Mary, soon proves she is not what she seems. For young Niall Costello, Mary becomes an obsession, and within days, her influence has spread across the village.

As ancient myth collides with their lives, Niall and his family must defeat their inner demons if they are to defeat the very real one that has decided to pursue them.

What listeners say about Return of the Morrigan

Hard to put down after slow start

Very slow start but so glad I carried on listening. Excellent narration and wonder how she gets so many different voices! From the middle onwards I couldn't put it down. Scary!

I was completely immersed in this thrilling magical tale. It was unusual and different to any others I’ve read or listened to
The Morrigan was a haunting character, she def was a black cloud over the story.
The family involved were full & real & I didn’t want anything to happen to them. No comments or spoilers here....
The narrator was very good, a warm voice, easy to listen to.
Overall well worth a listen or read.

very engaging book the reader was absolutely incredible. The whole combination kept me going. It's been a long time since I've actually looked forward to listening to the book all the way.

Return of the Morrigan

Burdon is a small village without much to offer a young man and Niall Costello can't wait to get out of town. When a beautiful and mysterious woman named Mary arrives on a powerful motorbike, Niall thinks maybe things are changing for the better. Little does he know that her arrival could mean the end of life as he knows it. His infatuation with the older woman begins to worry his parents as well as some others in the village.

This book is full of intriguing characters, each of which is going through emotional upheaval in their lives. Niall just wants to explore the world outside Burdon and his girlfriend Margot wants to have a HEA with Niall. Niall's parents are still grieving the death of their young daughter, Louise, and have grown further and further apart since her death. Everyone in the village seems to have something to hide and it seems that Mary's presence is the driving force behind the events that occur.

Mary's arrival brings a disruptive force to the village and when Niall's mother, Pam, sees an old photo, she begins to wonder who Mary might really be.

Without giving away more of the story, I will say that this book started off slow, but quickly built into a wild ride. All of the characters were well-written and believable, the plot grew at just the right pace, and the mythology was wonderful. There were a few sex scenes, but nothing too graphic and they were integral to the plot.

The author did a great job in building up the suspense while exploring the evil in the village as well as the demons within the characters. For me, the ending was undecided up until the very last minute, which is just as it should be in a book like this.

Another positive in my mind is that the author gave just enough of the mythology behind the story to make me want to learn more. I will definitely be looking to learn more about the Morrigan in the future.

The narrator did a wonderful job and added a lot to my enjoyment of the book. I was given the opportunity to listen to the Audible version of this book by the author and chose to review it.

Return of the Morgan, ooh okay!

The story starts with a cocky teen-after, a cheating husband and a lonely mother just going through the motions of life and even though they are all carrying it around the same hurt. They all keep it to their self. When a stranger comes into town she starts to affect all of their lives set out to ruin them. Her endgame is destruction as they scramble to make their lives right again and fix the past little do they know this stranger is going to be the best thing that ever happened to them. This is a very good book packed with surprises. With Karine Edwards college signature style and her and Nate quality to get inside the head of people totally opposite to each other yet she intricately waves a picture with doom looming in the background and keep you on the edge of your seat. I can’t recommend this book enough. If you have read any other books by Karina Edwards college then you already know you don’t know what to expect! She is my new favorite author and I cannot get enough of her books. All you have to do is read the call or the soul room or this one return of the Morgan and you will see a genius in her infancy. Right like an old pro! Her books always surprise me and I cannot wait till the next one comes out.