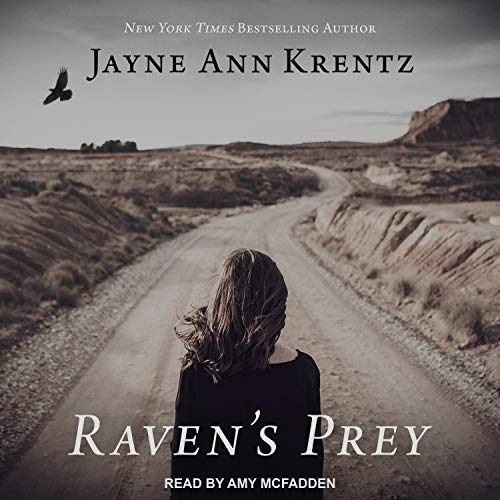 By: Jayne Ann Krentz
Narrated by: Amy McFadden
Try for £0.00

On the wrong end of a bad business deal, Honor Knight tries to flee the US and instead finds herself the victim of a kidnapping. Judd Raven has been hired by Honor's father and brother to bring her home. He's been warned that she's a pathological liar and Honor must convince him that the men who hired him are cold-hearted killers. Can she crack Judd's rock-hard exterior before it's too late?

What listeners say about Raven's Prey

I love Jane Ann Krentz, Jayne Castle and Amanda Quick. Obviously I did not love this novel.
In 1983 many romance novels featured semi rape, men overpowering women and over weaning male "heroes" who simply went ahead with intercourse and the women responded with pkeasure. I guess it was a reaction to the feminization of men in the popular culture.
I finally gave up listening to this tale. The hero's dialogue sounded classic stalker 'you belong to me' you are mine. he actually kidnapped her to give her a chance to learn that they belonged together. Not a novel I would have selected to reprise. I have hundreds of audible titles. I've only abandoned 2 others.
A waste of space and my money. If it had to be released, it should have been clear that it was nearly 40 years out of date and released as one of the audible escapes not First Run premium book at full price

I found the voice the reader gave the heroine in this story to be annoying. The nasal tone made her sound like a petulant teenager and interfered with the interpretation of the story.
This was very disappointing since I am a great fan of Jayne Ann Krentz novels.

I remember reading this book when it was first written. For some reason I didn't remember how misogynistic it was.