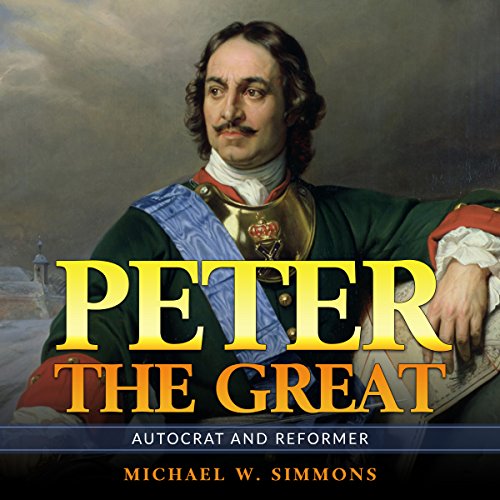 As the third son of the legendary Tsar Alexis, Peter the Great was never supposed to rule. But when his older brother died, the 10-year-old boy was proclaimed tsar by a cheering multitude outside the walls of the Kremlin. His destiny seemed assured-until a bloody rebellion erupted, forcing him to watch as his family was impaled and torn limb from limb by a mob of furious soldiers.

From that day forward, Peter was determined to tear down the Old Muscovy and usher in a new Russia - dragging his backwards, traditional nobles into the 18th century by their long, bushy beards when necessary. He became the first tsar to sail the ocean and the first Romanov to visit Europe. Standing six foot, eight inches tall, Peter took Europe in his immense stride while laboring as a common carpenter in order to learn the skills he needed to modernize his army and build Russia's first navy.

From his childhood adventures in Moscow's German quarter to his earth-shaking victory at the Battle of Poltava, where he singlehandedly broke the back of the Swedish empire, the life of Peter the Great was unlike that of any other man of his time.

What listeners say about Peter the Great