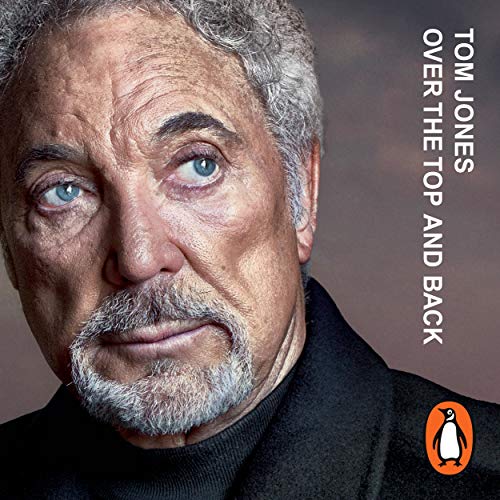 Over the Top and Back

By: Tom Jones
Narrated by: Jonathan Pryce
Try for £0.00

In a career that has spanned six decades, Sir Tom Jones has performed with almost every major recording artist, from Jerry Lee Lewis, Elvis and Sinatra to Robbie Williams, Van Morrison and Jessie J, across every imaginable genre, from rock and pop to country, blues and soul. The one constant throughout has been his unique musical gift and unmistakable voice.

In this, his first ever autobiography, Tom will revisit his past, both personal and professional, exploring the twists of fate that took a boy from a poor Welsh coal-mining family to global celebrity status.

He will chart the stories behind the hits as well as the ups and downs of his professional life - from the heyday in Las Vegas and subsequent fallow years in the 1980s to his renaissance and comeback thanks to the direction and management of his son, Mark - as well as shedding a light on the life he has led behind the cameras and the stage.

What listeners say about Over the Top and Back

I always suspected that Tom Jones would be the real deal, a true global 'Celebrity' who told us what we all suspect, that, becoming a star, is, if the talent is there in the 1st place, is a heady mix of : Determination, chance, being in the right place at the right time and having that one 'Fuel in the tank' moment that propels you to greatness within your craft!

His was most certainly having a 'Knickers hurled at you in a New York club' moment. An unplanned, serendipitous PR coup, which gave him the opportunity to win people over with his stage craft and wonderful singing voice. Maybe the many, many wannabe 'Celebrities' who, in these days, litter the TV looking to be are worshipped, should stop for a moment and pray to the god of serendipity for a 'Knickers' moment.

Your a true talent Tom! But I won't wish you good luck, you already had that!

This is a great autobiography and the reading is all the better because Jonathan Pryce actually sounds like Tom Jones.

Not many surprises Tom

What did you like most about Over the Top and Back?

If you’ve listened to books by Tom Jones before, how does this one compare?

First one I have read

What does Jonathan Pryce bring to the story that you wouldn’t experience if you had only read the book?

Excellent delivery - his Welsh accent made me think it WAS Tom narrating.

I was hoping for a bit more openness from Tom - I felt this book played it safe he didn't really reveal much that hasn't been written about in autobiographies. For example his well documented infidelities were not mentioned or even vaguely touched upon but instead I felt he tried to portray himself as a doting loiving husband which I found a bit hypocritical. Nevertheless I enjoyed the book and Jonathon Pryce did an excellent job!

This was fantastic - great anecdotes from a great man. Don't let the fact that it's not narrated by Tom Jones put you off. Jonathan Pryce is perfect and really makes it

Excellent narration throughout. Many many great stories from a fantastic life Tom Jones has had. It's easy to forget how big he really was and actually still is to this day. Loved every bit of it.

interesting but shallow. didn't give much away.

more a collection of stories about people he's crossed paths with through his career. he doesn't give much away about himself.

What a story of the life of what can genuinely be said as a living legend.
A truely fought battle from rags to riches with blood sweat and tears.

Loved every minute of it!

Jonathan Pryce is excellent at narrating this book, you are instantly submerged into the life of Tom Jones. It's funny, heartwarming & a very interesting read (or listen). I couldn't put it down!

Highly entertaining book - masterly read by Jonathan Pryce. What a life, what a career. My warmest recommendation!