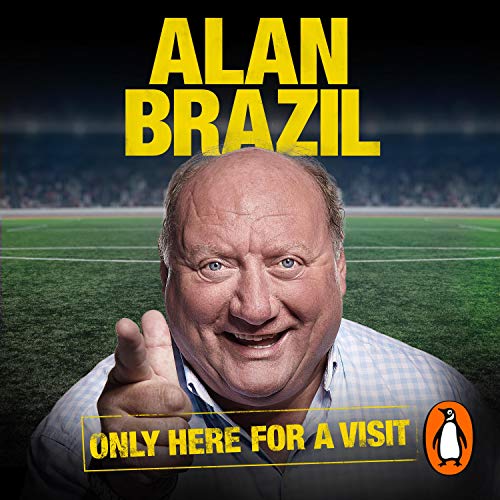 Only Here for a Visit

As Alan recounts tales from his extraordinary life, he relives the sporting occasions, radio broadcasts and famously long drinking sessions that have defined his career. He takes listeners inside the talkSPORT studio for a behind-the-scenes view of his most memorable interviews and talks for the first time about the on-pitch rivalries and dressing-room debriefs of his footballing career.

With his typically outspoken and irreverent delivery, Alan shares everything from his thoughts on how the sports he loves have changed to his top tips for picking winners (and many losers) at Cheltenham. And he revels in wine-soaked jaunts in the South of France and late-night supermarket sweeps with Ray Parlour - if you can keep up.

Packed full of never-before-told stories, refreshing appraisals, sporting controversy and a cast of larger-than-life characters, this is a brutally honesty and wickedly funny insight into an extraordinary life.

What listeners say about Only Here for a Visit

seems proud of his drink driving, blaming everyone but himself, ( mr mcCoist similarly found it funny when he got caught).
listened to him every morning, no more.found this listen more than a bit disturbing.
dont buy if you expect a funny,entertaining listen.

The most enjoyable audiobook I’ve listened to.
Having listened to Alan on the radio for years I couldn’t wait for this to be released and it certainly doesn’t disappoint. Lots of great stories and laughs I could listen for hours and hours to him speak and would love to sit down and a have a few bottles of the old vino with him. 🍾

Truly awful book. It's 6 hours of Mr Brazil telling everyone what a big man he is by drinking lots

I enjoyed the book only thing that I didn’t like was his political views, just didn’t think they needed to be shared.

OK but a hard listen at times

to be honest I found it a tough listening... love Alan's Frank and honest approach but hearing about drunken exploits and how proud he is in most cases didn't sit well with me.

Decent when talking about football

Starts well with the first few chapters talking about his football career. Then tails off with endlessly tales of him getting pissed and meeting rich , dull and drunk people.

Truthful ... maybe a bit too much

I enjoyed the majority of the book, though, inevitably, when political views are brought in (and in such an overt way), it can tarnish an entertaining read.
We all have different political views - best for pure entertainment to leave them out. I was already aware of Alan’s views, and I wouldn’t have listened to a book by him that was advertised as ‘political’. My views are different and there is no issue with that, but I was listening for the entertainment value, not political idealisms.

Waste of my time

Most enjoyable and brilliantly read