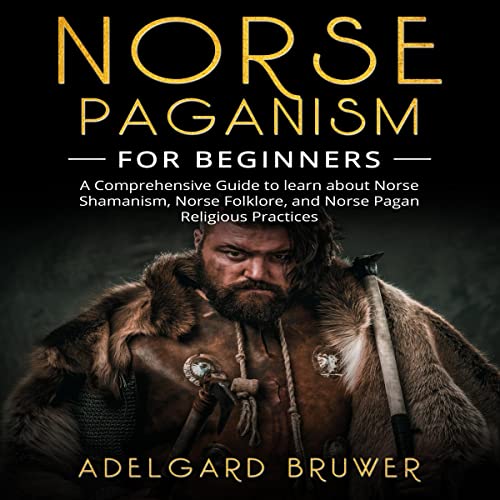 By: Adelgard Bruwer
Narrated by: Ben Herold
Try for £0.00

A comprehensive look into Norse Shamanism, folklore, and religion.

Religion and humans are intertwined in so many ways. Most people have little or no idea about the different religions globally and how they have affected several aspects of present-day life. Whether directly or indirectly, we are instilled with the beliefs and teachings of various religions.

While most people are only familiar with Christianity, Islam, Judaism, Hinduism, and other teachings and beliefs, Norse Paganism also has a massive following. If you are keen on learning about Norse Paganism, this book has everything you need to know about this ancient religion. When you are alone with your thoughts, have you ever asked yourself what religion people practiced before the era of Christianity or Islam and other popular religions?

Have you ever wondered if the ancient humans had a god or goddess they prayed to or how they dealt with or handled supernatural or terrestrial situations? Were there certain gods and goddesses the ancient humans paid obeisance to before the arrival of these modern-day religions? Questions like these often leave you thinking deeply about the lifestyle of early humans.

If you have ever read or come across the stories of the Nordic tribes, you may be familiar with some of their gods and goddesses, such as Freya, Thor, Odin, and others. Even if you have read books or stories on the subject, you may wonder who they were, their characteristics, and have other related questions. The god Thor had a hammer with special powers, and other gods had their respective powers.

What listeners say about Norse Paganism for Beginners

It is author yes, a la vez que comprende, too much information puede ser abrumadora para los principiantes. The explanations are useful for continuous training, an encouraging tone, and evident enthusiasm.

I believe that since the experience as a seeker of knowledge, the author provides well-rounded and concise fundamentals, charming personal points of view, and generous sources of references.