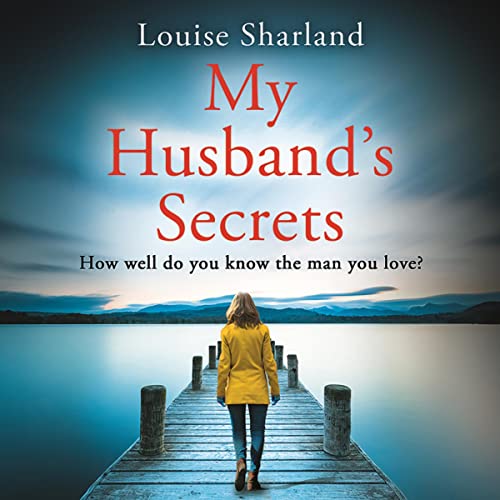 By: Louise Sharland
Narrated by: Emma Powell
Try for £0.00

On the evening of their wedding anniversary, Ali and Matthew are involved in a fatal car accident.

Grief-stricken, Ali can’t bring herself to believe that her beloved Matthew is gone....

The smell of his aftershave lingers in their bedroom. His voice still rings out on their answerphone. She sees his face in the eyes of strangers.

But as the months pass, and her family and friends rally round, Ali starts to uncover secrets that Matthew kept from her.

Did she really know her husband as well as she thought she did? And why can’t she shake the feeling that somehow, somewhere, he is still alive?

What listeners say about My Husband’s Secrets

Edge of my seat

Excellent book. Lots of twists and turns. Kept me completely captivated. If you like mysteries, give this one a try.