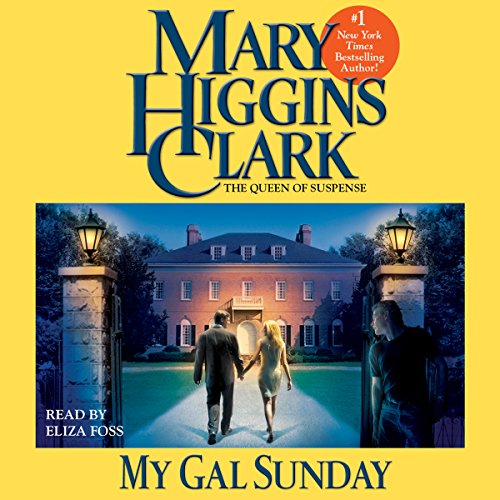 By: Mary Higgins Clark
Narrated by: Eliza Foss
Try for £0.00

Topping her best-selling success with Alvirah and Willy, in The Lottery Winner, America's queen of suspense introduces a new sleuthing couple, Henry and Sunday, an ex-president and his young congresswoman bride.

Henry Parker Britland IV is wealthy and worldly - a beloved former president who, still youthful, is enjoying early retirement. His new wife, Sunday, is beautiful, smart and 17 years younger than he, and has just been elected to Congress in a stunning upset victory that has made her the darling of the media.

Henry and Sunday make a formidable team of sleuths - and never more so than when they set out to solve crimes occurring among their friends in political high society.

When Henry's former secretary of state is indicted for the murder of his mistress, Henry and Sunday suspect he is taking the fall for a crime of passion he did not commit. But why?

With cases ranging from a crime on the presidential yacht to a kidnapping that brings Henry back to the White House as he races against time to unravel the plot, there is never a dull moment for the ex-president and his bride - or the listener.

With her wit and gift for characterization, the creator of the popular Alvirah and Willy stories brings us another marvelously endearing sleuthing duo, destined to return again and again.

What listeners say about My Gal Sunday

I want to stress the woman doing the reading knocks it out of the park. She delivers and does it well.

These are a collection of short stories that were not written together but for other collections. they are fun and indulgent and it is clear Ms. Mary Higgins Clark is having a lot of fun writing them.

They are not her best work, but if you are looking for a nice way to spend a few hours and enjoy the fantasy of a former President and his young wife solving crimes then you will have a good time.

love it!!!! Mary Higgins-Clark is a masterful writer. This was wonderful!!! B ba boo. yay!

This couple didn’t work for me. I didn’t find them to be engaging or memorable. I just don’t see an ex-President as a sleuth.

Least favorite book by this author

Read many Mary Hoggins Clark's books. This was my least favorite. I did not like the storyline at all. Drug on and on. I couldnt finish it

What did you love best about My Gal Sunday?

It was an interesting couple. With the couple we now have in the White House (2017) not appearing to work together it was enjoyable to see how individuals can enjoy and work together.

The scene where they figure out how to open the shades and warn the secret service. The use of hand movements.

No but because it was several stories I could wait for the next.

I couldn't finish the last story... I'd had enough of the idiotic plots and boring characters. These were in no way entertaining to me. Worst Mary Higgins Clark book!

Not her best work

I was disappointed with this book. It was alright but definitely not her best work.

Not her best book

I really struggled getting through this obe, which is not the norm. Mary Higgins Clark is definitely still my favorite but 'My Gal Sunday' fell below the mark, in my opinion.

This was so bad...I could not even finish it. The characters were lame and not interesting and the story line hard to follow. The narrator is by far not my favorite. Only the second time I have written a negative review for MHC.

The narrator. She read it like a Mexican Novela in English. I didn't like listening to the whining in the voice.

What other book might you compare My Gal Sunday to and why?

Would you be willing to try another one of Eliza Foss’s performances?

Yes. It's a really good book and would sound like the thriller it is if it was done on the big screen with actors.