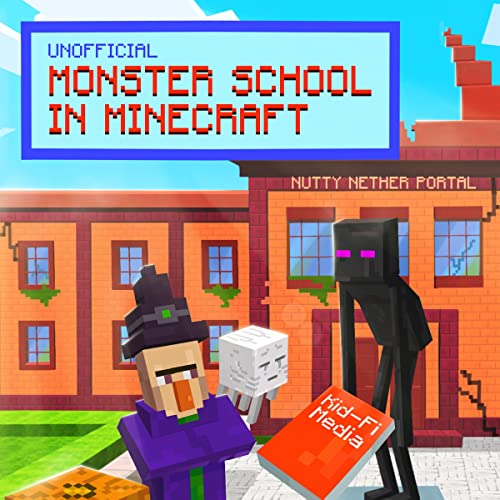 Dive into the epic game-inspired Minecraft Monster School series! The Nutty Nether Portal opens a thrilling series of high-stakes adventure books with a bang. When a class demonstration goes awry and a portal to the spooky nether lets in a horde of angry fire-hurling blaze mobs, the students and teachers of Monster School, along with an unlikely ally, must act fast to stop the destruction! Boys and girls of all ages, from beginning readers to advanced, love every hilarious journey alongside Piggy the pigman, Creepy the zombie, and all the other kids learning to be Minecraft Mobs - and fighting for survival along the way! No one can get enough of the Minecraft Monster School novels!

Not an official Minecraft product. Not approved by or associated with MoJang.

What listeners say about Monster School in Minecraft

Give a a 7 it needs a new character in it.

How was the person who has made it and would they make a mother one.

I loved it ! and I love Minecraft

It was awesome ! I loved it ! I did struggle to finish Cause it was so good