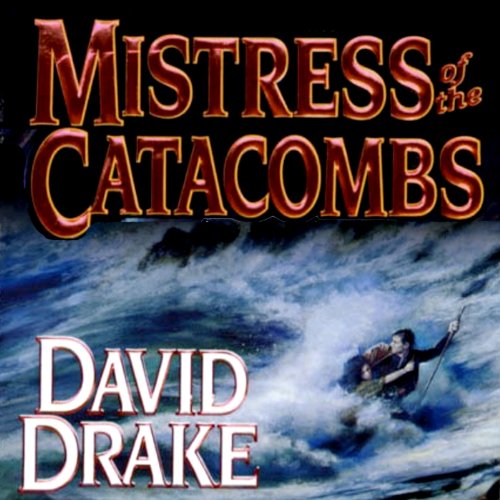 Mistress of the Catacombs

By: David Drake
Narrated by: Michael Page
Try for £0.00

For the first time in a thousand years, the Kingdom of the Isles has a government and a real ruler: Prince Garric of Haft. The enemies joining against him intend to destroy not only the kingdom but humankind as well. The rebels gathering in the West outnumber the royal army and the magic they wield can strike into the heart of the palace itself, but far greater dangers lie behind those. On the far fringes of the Isles, ancient powers ready themselves for a titanic struggle in which human beings are mere pawns - or fodder! Reptilian and insect monsters from out of the ages march on the kingdom, commanded by wizards no longer human or never human at all. If unchecked, their ravening slaughter will sweep over the Isles as destructively as a flood of lava. Garric, ripped from his time and body, must make new allies if he and his kingdom are to survive. His sister Sharina struggles with the chaos threatening the kingdom as swords and wizardry both gather to bring it down. Their friend Cashel, thrown into a place not of his world, faces each succeeding challenge with the calm certainty that he will overcome it or die, and that nothing yet has been able to kill him. And while her comrades strive in their own fashions, Ilna studies a pattern more complex than perhaps than even she and the skills she learned in Hell can master. If she fails, humanity will never escape the web being woven for it. Watching them all from the blackness of a tomb walled off in time and space, the Mistress waits…And her fangs drip poison!

What listeners say about Mistress of the Catacombs

A Titan of a tale

David Drake created an huge story without loosing perspective of the people in his world and their humanity. Michael Page brilliantly illuminates the words with inflection emotion.

Excellent book! I love how Michael Page brings this series to life…. There are SO many characters and he does such a great job with that different voices. I can’t wait to start the next book!

Its staggering how well one Autbor can take stories of old and weave them into something newly wonderful.