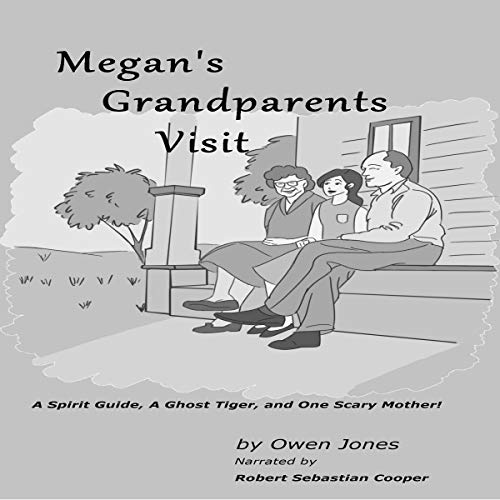 By: Owen Jones
Narrated by: Robert Sebastian Cooper
Try for £0.00

Megan’s grandparents ring up one night out of the blue to ask if they can come down for the week end.

Megan and her parents are concerned that one of them may be sick, but that is not the case, they just have more time on their hands now that they are retired and want to get to know Megan better.

The weekend holds many surprises, but the best one for Megan is hat her grandparents are sympathetic towards her beliefs and can even feel Grrr’s presence.

Megan’s Grandparents Visit is the ninth novella in The Megan Series, which has the general theme of the psychic development of Megan, a teenage girl, whose father has become sympathetic to, but whose mother is still against her belief in ghosts, familiars, and spirit guides.

I listened to this story with my Goddaughter and she loves this series because it teaches acceptance and understanding. I am also a parent and I highly recommend this series to parents as well because it truly helps to open up the lines of communication between you and your preteens and young teenagers. I received this book from Audiobooks Unleashed and this is my honest unbiased review. This series is absolutely amazing.