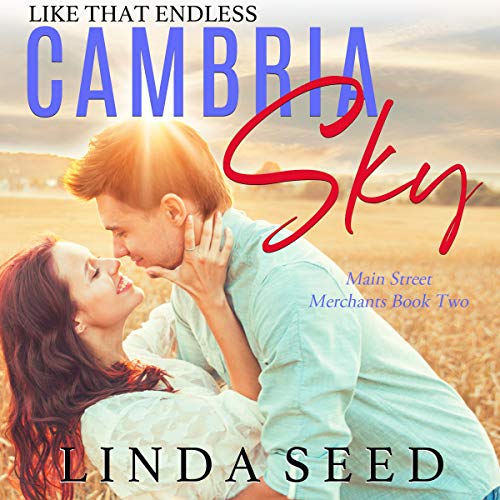 A ruined reputation. A second chance. A conflict between love and ambition....

Genevieve Porter was forced to flee the art world of Manhattan after she blew the whistle on the shady practices of a powerful dealer. Now she owns a small gallery in the breathtaking beach town of Cambria, California. For Gen, this is a place to regroup; she's poised to restore her name in the art world and return to New York in triumph.

When she meets Ryan Delaney, a cattle rancher who's more than he appears to be, she's ready for a sexy roll in the hay - literally. But when her feelings for him become more than casual, she realizes that his roots on the Central Coast go back generations, and it's going to be a challenge to lure him away from his family's land.

If they're going to make a life together, one of them is going to have to give up old ideas, old goals - old feelings about what success means, and what makes a place a true home.

What listeners say about Like That Endless Cambria Sky

I enjoyed the story and the characters.. I will definitely read other books in the series.

A wonderful romance. The characters were nicely developed and the narrator did a great job with the voices. Nice weekend story to read/listen.

I love this series!! this book did not disappoint with the ups and downs And emotions.

A charming and delightful romance. The narrator did a fine job with the voices. I have been to New York and Cambria. I must admit, I prefer Cambria. Interesting background of the art world.