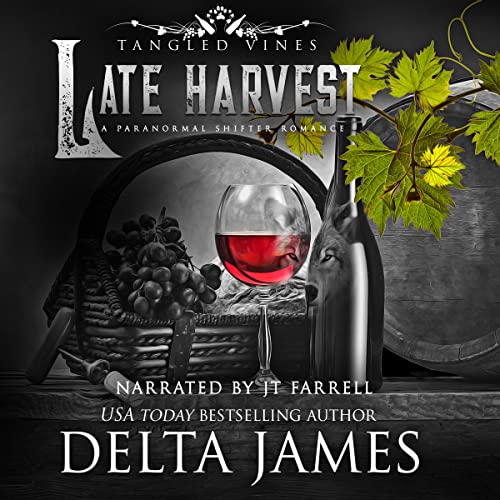 Twenty-nine years ago, the Alpha of Paris tore her from my arms. Today, I’m going claim what’s mine.

Charlotte Beaufort’s origin pack plans to use her as a pawn in their power play. Daniel Lawson, the dashing intelligence agent at the American Embassy in Paris, is her fated mate.

Char makes a deal with two of the most powerful Alphas in wolven society - her uncle and the Alpha of Paris in exchange for Daniel’s life. When Char learns she is pregnant with Daniel’s child, her mate adopts the boy as his own. Many years later when Hunters kill her mate, Daniel knows it is time to reclaim his fated mate and his family.

It was long past time he went to collect them....

What listeners say about Late Harvest: A Paranormal Shifter Romance

Charlotte (Char) gave up her mate to stop him and her mother dying. She has been married for twenty nine years to the Alpha of Paris Raphael a wolf she doesn't love. When her is murdered she looks forward to a freedom she has never had. Daniel has waited a long time for Char to be free, This story has it all murder, revenge fated mates intrigue betrayal, defiance and conspiracies, Loved that this story featured a mature couple which is refreshing. I enjoyed this story and the narration is excellent.

Brilliant Conclusion to the Series!

A nice change with the fact that the lead characters are older, but a brilliant story none the less.
I loved the fact that each of the leads in the previous books made an appearance, neatly tying the story together!

This was a really good second chance romance. After meeting her fated mate Daniel and while having s&x with him, Char is caught by her father. Her father is horrible. They beat Daniel to within an inch of his life. She agreed to mate with the alpha her father chose to save Daniel's life. She finds out she is pregnant with Daniel's baby just before her bonding ceremony. JT Farrell did a great job with the narration.

This was an interesting listen. I felt the story was well written. I am providing my honest review. I was provided a copy.

I am obsessed with this series! Want action and intrigue? check! Romance and spicy scenes? check! Delta really know how to suck you into a world!

Daniel,Char
This was a Unique premise, and you just have to love the characters. This story is sweet and smoking hot at the same time.An edgy, dark, scorching romance that is filled to the brim with intense heat, a fascinating plot that is both decadent and breathtaking. Delta has done it again!
By: Delta James
Narrated by: JT Farrell