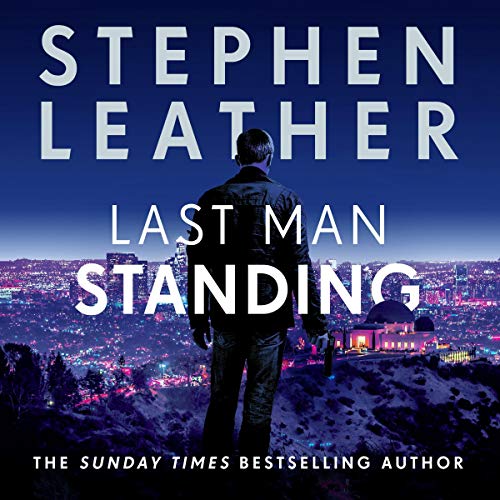 By: Stephen Leather
Narrated by: Paul Thornley
Try for £0.00

Friendships forged in the heat of combat can be stronger than anything.

So when SAS trooper Matt Standing is told that the former Navy SEAL who saved his life is in trouble, he doesn't hesitate to go to his aid - even if that means flying halfway around the world to Los Angeles.

Navy SEAL-turned-bodyguard Bobby-Ray Barnes has been accused of killing the man he was supposed to be protecting. Three other bodyguards were also killed, and now Bobby-Ray is on the run.

The dead client was a Russian oligarch with connections to the Kremlin. But who wanted him dead? And if Bobby-Ray wasn't the killer, who carried out the assassination, and why is Bobby-Ray being framed? Standing is the only man who can answer those questions - providing he can stay alive long enough.

"The sheer impetus of his story-telling is damned hard to resist." (Sunday Express)

"A master of the thriller genre." (Irish Times)

"As tough as British thriller writers get." (Irish Independent)

This time Leather promotes Matt Standing to the fore with "old man" Shepherd cast amusingly as the disapproving older man. It is another great action movie tale where the bad guys don't take prisoners and the good guys are fabulously polished operators. Paul Thornley, who I think has a uniquely hesitant style is the perfect companion to these stories.

I did say that old jacket creaked a little and if this does a tiny bit it's the ending which has maybe too many Aha! You didn't foresee my cunning plan! moments (I wish these reviews supported quotation marks!). However, it's another fine production from Leather / Thornley and long may they continue!

I'm a huge Stephen Leather fan. The humour, plotting, pacing and action are always superb. So it pains me to say this but this was a low point for Mr Leather. The biggest disappointment is due to the creation of Standing as a type of Superman. He's invincible not matter what the situation. Unarmed against four armed members of the Russian mafia? No problem. I lost count of the body count. Any book by Leather is worth reading - just felt here a reduction in the violent action scenes would have helped. Still worth a read

As good as Spider's adventures

Hope there is more to come with Matt Standing, may be working with Dan or Charlie

cracking story.. really liking Matt Standing and the crossover with spider is great ...

good plot and full of action

One to listen to

One that I found difficult to turn off once it started, probably a predictable ending but with several twists along the way, well written and well supported by an excellent performance by Paul Thornley who is fast becoming one of my favourite readers.

I got the book thinking Spider Shepherd would be the central character. Spider didn't appear until much later. A super story precedes Spider's entry and this ensues a book which weaves and ducks and dives all over. I enjoyed it !

Really enjoyed the story and the character Matt Standing. Paul Thornley is as usual superb as the narrator. Hope Stephen Leather follows this book up with another story about Matt Standing.

I've always enjoyed Leather's books. It's a pity that he feels the need to go down the American road with a super hero who can kill 6 armed men with his bare hands before page 29. The baddies always miss and the hero never does. The body count is incredible with no consequences. There is not a main character, just a killing machine.

Great to hear a different spin from the world of Spider Shepherd, really easy listening with some great action sections.

The pauses between sentences are excruciating.

Great characters, great plot and even a great narrator.
But the editing is painfully bad. Each sentence followed by a 2 second pause. Even when one character is interrupting another….there is a two second pause. Tough to build a riveting action scene, it’s hard to follow back and forth banter, it even ruins the tension building ironically enough.
Normally my gripe with narrators is when they try too many voices or stretch it to the cartoonish, the best use subtlety and consistency to build the different profiles. That’s exactly what this guy did perfectly. But they really screwed it up during the editing stage.
Having never been involved with this process, I imagine the guy reads a line or two in a couple different ways/styles, then they cut and paste the best ones together. Either by automation or on purpose they left a second on both sides of those. I say automation, because the consistency is amazing- amazingly frustrating.
Anyway, fix those gaps and re-release this one, because the story and storytelling is excellent.
And bonus - the new version should clock in 90 minutes shorter!

Stephen Leather has a solid grasp of the nuances of the combat mindset and of ‘certain techniques’ that can only come from either having been there or having spent time with one who has.

This old warrior enjoyed the story!

A good book with a good plot !

I enjoyed this book, I've already completed book 2 now I'm on to book 3.

Had me hooked from the very start. They story line kept me interested from beginning to end. I look forward to seeing more of "Matt Standing"