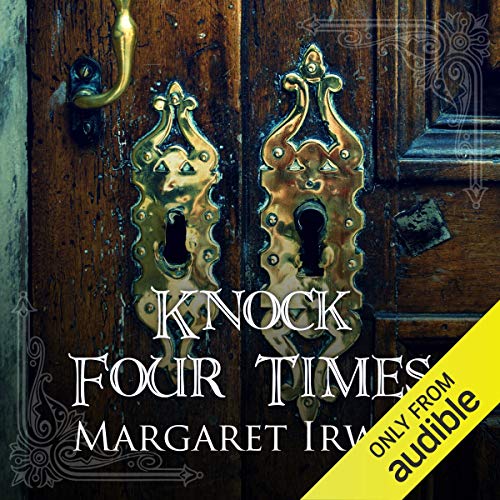 By: Margaret Irwin
Narrated by: Zara Ramm
Try for £0.00

This, unlike most of Margaret Irwin's books, is not an historical novel. It is a peep-show at recent times, so fantastically gay that this, our London, appears as the iridescent scene of a pantomime or holiday charade.

What happened behind the door at which one had to knock four times? Many wildly incongruous happenings, but chiefly an attack on other doors, the 'everlasting doors' of Prince's Gate, Queen's Gate, Emperor's Gate, to make them open wide to the rash young adventurer Dicky who had once gatecrashed them, but was resolved to 'spurn Kensington, march on Mayfair,' and conquer both the New World and the Old.

How Dicky fought his way to fortune, and how Celia fought hers to freedom from behind the Gates of Kensington, by knocking four times on Dicky's door, is told in this story, which dances along as irresponsibly as a soap bubble against its brilliantly realized background, shading from the raffish to the respectable. For all its laughter and absurd situations, it is marked with the humorous sympathy and integrity that have distinguished all Margaret Irwin's work.

Margaret Irwin (1889-1969) was educated at Clifton High School in Bristol, and then at Oxford University. She began writing books and short stories in the early 1920s. She married children's author and illustrator John Robert Monsell in 1929. Irwin was praised for her historical accuracy in her novels, and she wrote passionately about the English Civil War. In The Proud Servant she caused generations to fall in love with the ill-fated but charismatic Earl of Montrose, Charles I's Commander in Scotland.