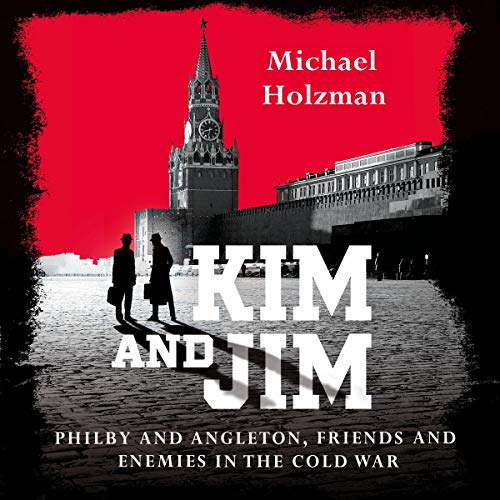 By: Michael Holzman
Narrated by: John Chancer
Try for £0.00

Kim Philby's life and career has inspired an entire literary genre: the spy novel of betrayal. He was one of the leaders of the British counter-intelligence efforts, first against the Nazis, then against the Soviet Union. He was also the KGB's most valuable double-agent, so highly regarded that today his image is on the postage stamps of the Russian Federation.

Philby was the mentor of James Jesus Angleton, one of the central figures in the early years of the CIA who became the long-serving chief of the counter-intelligence staff of the Agency.

James Angleton and Kim Philby were friends for six years, or so Angleton thought. They were then enemies for the rest of their lives. This is the story of their intertwined careers and a betrayal that would have dramatic and irrevocable effects on the Cold War and US-Soviet relations. Featuring vivid locations in London, Washington DC, Rome and Istanbul, SPIES AND TRAITORS anatomises one of the most important and flawed personal relationships in modern history.

What listeners say about Kim and Jim