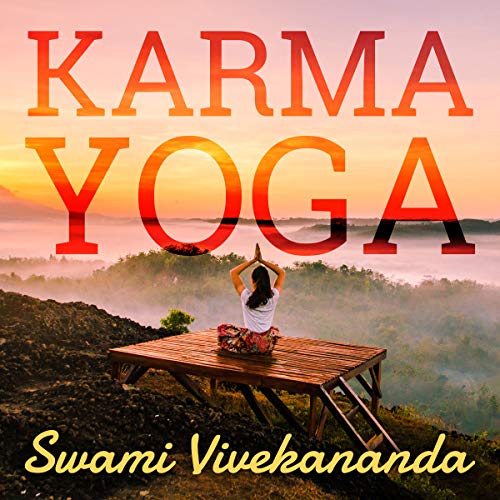 By: Swami Vivekananda
Narrated by: Grant Finley
Try for £0.00

Karma yoga, also called karma-marga, is one of the several spiritual paths in Hinduism, one based on the "yoga of action". To a karma yogi, right work done well is a form of prayer. Of the paths to spiritual liberation in Hinduism, karma yoga is the path of unselfish action. It teaches that a spiritual seeker should act according to dharma, without being attached to the fruits or personal consequences.

Karma yoga, states the Bhagavad Gita, purifies the mind. It leads one to consider dharma of work and the work according to one's dharma, doing god's work and in that sense becoming and being "like unto god Krishna" in every moment of one's life.

Take a listen to the Karma Yoga, narrated beautifully by Grant Finley.

What listeners say about Karma Yoga

Learn Yoga on your Smart Phone

This quick Audible book can give you more insight to not only Yoga but to yourself.

Our fast moving society is taking away from ourselves our ability to find inner peace this book can help you to get it back.


The Narrator does a good job with the material and helps you absorb the various elements of the book.