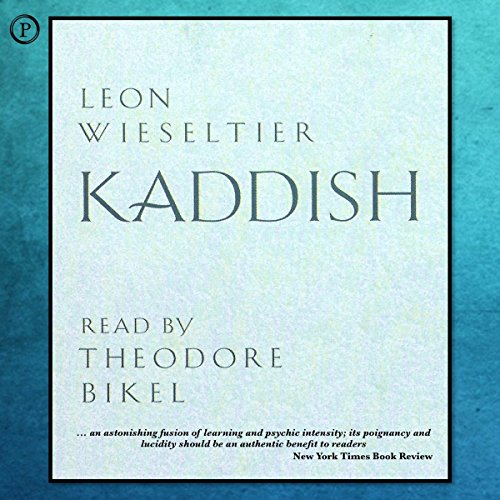 By: Leon Wieseltier
Narrated by: Theodore Bikel
Try for £0.00

When Leon Wieseltier's father died, he began to observe the traditional year-long period of mourning, going to the synagogue three times a day to recite the prayer known as the mourner's Kaddish. Struck by the profound, yet unexpected power of this practice and the poverty of his knowledge about it, he began to study the history and meaning of this ancient ritual. Kaddish provides a record of his journey of discovery, as he wrestles with questions of faith and reason while reflecting on the life of his father and of his people.

"An astonishing fusion of learning and psychic intensity; its poignance and lucidity should be an authentic benefit to readers, Jewish and gentile." ( The New York Times Book Review)

What listeners say about Kaddish

Mr. Wieselter is eloquent and Theodore Bikel is a terrific reader. A good book to learn about the Kaddish.

This has become a favorite of mine.

I will be reading this again abd again. Deep insights. Mind and heart expanding. Beautifully spoken on audible. Highly recommend!