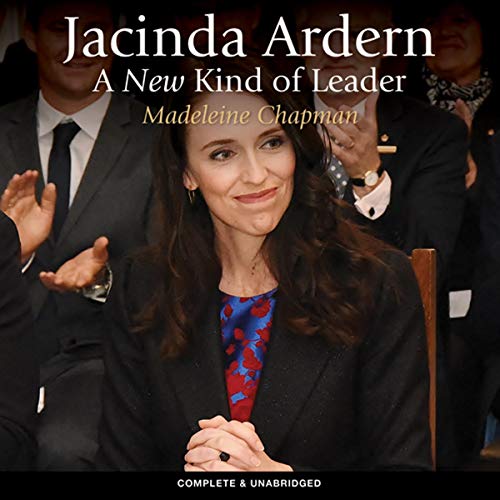 By: Madeleine Chapman
Narrated by: Kirsty Gillmore
Try for £0.00

Catapulted onto the international stage with her grace and compassion following the Christchurch mosque shooting, prime minister of New Zealand Jacinda Ardern is a leader for a new generation.

The world's youngest female head of government, and only the second elected world leader to give birth while in office, Ardern describes herself as a progressive and a social democrat.

In this revealing biography, journalist Madeleine Chapman discovers the woman behind the headlines. Politically engaged from an early age, Ardern has encountered her fair share of sexism, but rather than let that harden her, she advocated 'rising above' critics. In her first press conference, she announced an election campaign of 'relentless positivity' - the tactic was a resounding success. But can Ardern live up to her promise? And what can we learn from the world's reaction to this inspiring leader?

What listeners say about Jacinda Ardern

It was written before her success with handling the pandemic and it kinda ended on a note where she's known to put women leaders on the map by being the 2nd prime minister to give birth while in office but her capabilities were still to be seen.

Well I guess we know how that story ends.

Good read. I personally was more interested in her personal life vs her political moves but it is refreshing to see a politician actually doing what they're supposed to do - serve the people.

But it also validates the cynical side of humanity where you can be the kindest person in the world and there will be critics who say you're just all style no substance because the world gives you too much publicity. Haters gonna hate.

loved the narration. very natural like listening to a conversation. easy to listen to. great