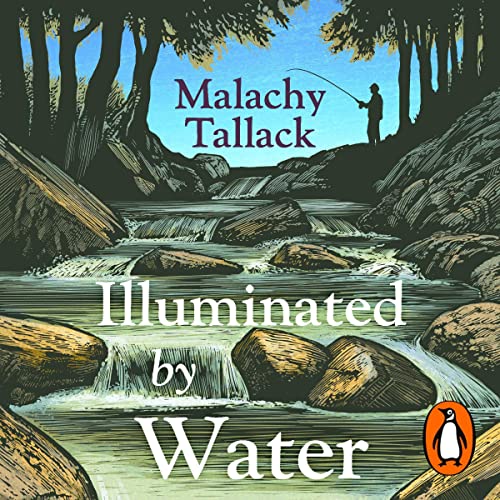 Travel-writer, novelist and singer-songwriter Malachy Tallack has been passionate about fishing since he was young.

Growing up in Shetland, with its myriad lochs, he and his brother would roam the island in search of trout, and in so doing discovered a sense of freedom, of wonder and an abiding passion.

Why is it that time spent beside water can be imprinted so sharply in the memory?

Why is it that what seems such a simple act—that of casting a line and hoping—can feel so rich in mystery?

Illuminated by Water is Malachy's personal attempt to understand that freedom and to trace the origins and sources of that sense of wonder. He shares the appeal of fishing, its intense joys and frustrations, the steadying effect it has both at water's edge and in the memory, and the contemplation of nature and landscape that comes with being an angler. He writes about fishing expeditions, from English canals and Scottish lochs to lakes in Canada and New Zealand, and he reflects on other aspects of angling, from its cultural significance and the emerging moral complexities to the intricacies of tying a fly.

Beautifully written and hugely engaging, this book both articulates the inexplicable lure of the river and the endless desire to return to it, and illuminates a passion that has shaped the way so many see and think about the natural world.

What listeners say about Illuminated by Water

The author narrates and this is a shame. He puts the boring manner of writing into voice. The book is one man's meanderings and moral/ethical thoughts on fly fishing. I can't recommend this book at all.

A beautifully written and narrated book

Malachy takes you into a world almost of fantasy. It is an immersive experience where you feel like you are part of the authors journey, standing next time him on the banks of lochs and wading through rivers. I don’t think you need to be interested in fishing to enjoy the gentle meander of the book live the highs and lows of the story.