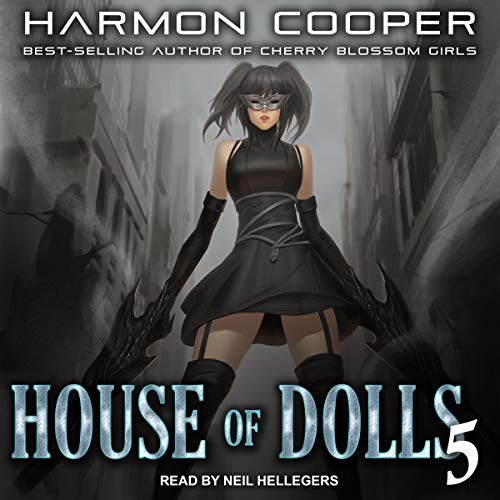 By: Harmon Cooper
Narrated by: Neil Hellegers
Try for £0.00

Hate your job. Betray your country. Start all over.

Tasked with killing the Eastern spy known as Nadine, as well as risking his life to get information by traveling to a foreign country, Roman develops an exit strategy with a lot of working parts, some of which he has absolutely no control over.

Exploiting telepaths, tricking his companions, his government, and even his former teacher, Roman does everything within his power to bring his exit strategy to fruition.

But he's still being hunted by Margo, and once the Centralian Government learns of what he's been up to, Roman's enemies grow exponentially.

It's going to take everything he has, from his creations to his unique power to animate inanimate objects, for Roman to survive. He will have to have to put his trust into Nadine, who may be his only hope when the final confrontation plays itself out.

Either way, it is going to be one hell of a ride, and that's before war breaks out on the Centralian border....

What listeners say about House of Dolls 5

what a great conclusion to a favourite series of mine. truly one of the authors best!

Can I have more please sir?

As with ALL Harmons series, this one is a another knock outta the park! Soooo ready for the next book!

This was a fitting, if a bit unjust, ending for the series. There was a lot of operative-like and innocent cavalier killings throughout where some of those responsible never ended up being held accountable. Since this was essentially a super-hero type harem novel, that should be expected.

Still, I enjoyed the series and the narration.