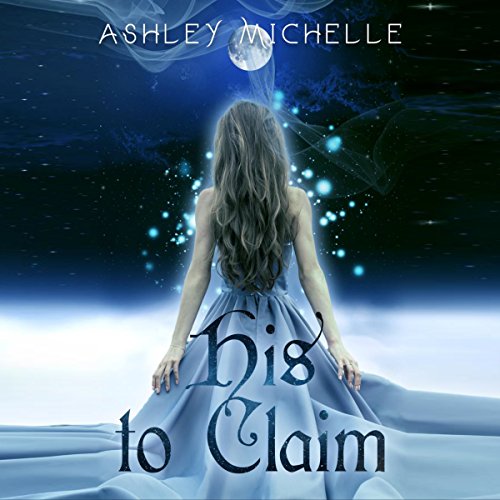 By: Ashley Michelle
Narrated by: Margarita Valderrama
Try for £0.00

“I don't know which is worse - having your mate die or having them reject you.”

Shortly after reaching maturity, Scarlett finds her mate...only to face a painful rejection that threatened to cut her life short. No one told Scarlett reaching maturity would hurt this much, but she came out the other end stronger, braver, smarter, and a little less naïve.

Seeking to pick up the torn pieces, she leaves her pack for a town well away from her home, far away from her ex-mate who just can't let her go even after claiming someone else. All seems well until she wanders into Alpha Noah's territory, and she finds an unfortunate blessing. The Goddess has given her another chance at a mate - only it has to be with Noah, a demon wolf plagued by his own dark past.

With tainted hands and a shattered heart that almost drove him to madness once more, he has turned ice-cold. Their wounded souls push and pull, but some things just won't heal. Rogues have been ravaging their world, and in a war where hundreds of lives have been lost, revenge is all that's left. Is the Goddess playing a cruel game this time? When utter carnage surrounds her, will Scarlett's inner luna rise to the challenge? Will Noah ever get to claim her as her mate?

In a world where families are pitted against families, and bonds are severed as soon as they are formed, there are no guarantees.

Listen to this werewolf story filled to the brim with romance, mystery, and tragedy. An avid werewolf or paranormal listener? Ashley Michelle's His to Claim is a must-hear for you. Grab your copy now.

What listeners say about His to Claim

In principle, I did like this book. However, the main female character is pathetic. To me, it felt like the unnecessary emotion chapters weren't in the correct order because she went back and forth like a yoyo and it was just confusing. I also think the narrator makes the female character seem even more pathetic - I recommend listening on 1.3x speed or you'll just get bored. This is very much a Wattpad story that focuses too much on irrelevant topics and skims over major plot points that could be expanded upon and really add something to the story - they were skimmed over so quickly that you really have to focus on the story. You almost have to read between the lines of what is actually important and what's not. It also doesn't mention that there are multiple viewpoints aside from the main male and female characters - I suspect this is done to allow for more books in the future but it just made it confusing. In my opinion, the other characters have their lives better together than the main characters.

really enjoyed this book the story stuck in my mind even when I wasn't reading it. would highly recommend.

loved this book literally flew through it as i couldn't stop listening to it! would definately recommend it!

Is this a watt pad story?

The storyline seems really interesting but the execution is just not doing it for me honestly. If you are into the feel of a watt pad story then by all means download it but if you like more neatly and professionally written story then don’t.

I had a really hard time following the story line just because Ms. Valderrama could not change the voices of the characters. the Alpha Male sounds just like the female mate so if you miss the chapter heading where she announces who is speaking you are lost. It really takes away the enjoyment of the story. if this book had an experienced reader who could do voices it would be fabulous.

Good story, not a fan of the reading

I liked the book, I read it quite awhile ago. It was one of the free choices on audible so I decided to listen to it. As a very sarcastic person, I totally got the girls sarcasm when I read it. The reader though is not even a little sarcastic, everything the girl says just makes her sound like such a brat. It's impossible to like the female lead when she is read this way. I do not recommend listening to this, but it's not a bad story if you have time to read it.

I tried to like this book but the narrator was terrible. Her voice is the same tone across the book for all characters. There are like 5 main characters that if you miss the chapter title you will be 100% confused on who’s point of view you’re currently listening too. I will have to purchase the book to determine what happens. I could not get through talk 53 chapter with this narrator.

Could be better, good overall.

Story was good. Performance could have been better if there was male narrator. Will listen again.

I can see why people complain about the narration but it wasn’t as bad as I thought. I really enjoyed this book and I was generally able to follow even when the male roles sounded feminine.

Over all this book was amazingly written. Only downside is the one narrator. It was difficult at time to understand whose point of view she was reading. Two readers would have been best, one male one female. Also the ending could have been a little better, it was ok, but not how I would have liked for it to end. The introduction of a new powerful character towards the middle of the book “Grace” left a lot of unanswered questions, where was she from, why she didn’t find her mate, what happened to her at the end? She was a heroin but not much background to go on to understand where she came from. However I really enjoyed the book overall and would definitely re-read it if they have two readers. Also this narrator made “Scarlett” out to be almost childish. I would have preferred a stronger female reader that would have shown how much “Scarlett” had matured through the story line.

I liked most of the story. But it needs more narrators!! With one voice it ruined it.

The story was told in a great manner. The story line was good and kept on point with no confusion. But
I have had three wolf stories where they are fighting other
Wolfs. I guess man fight man and wolf fight wolf.
I do like a drawn out love story. Where the girl does not give in to quick. I do like the women Alfa idea.

This story was good and the reader is great but its way to many parts to keep up with. Less is more. I couldn’t finish it.

it's simple and good

I've read a couple stories that are almost identical to this one. I do like it, listened to it twice now. wish their was a little more romance and love between the characters.