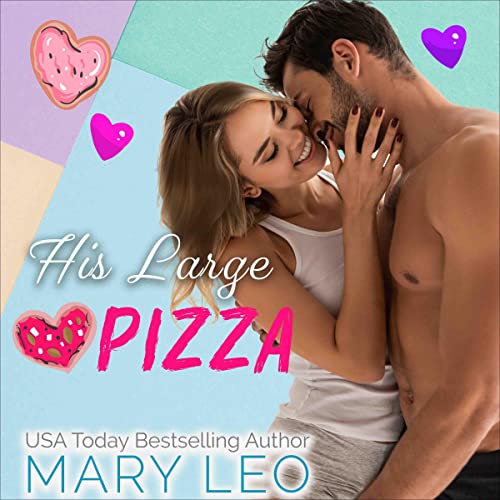 What do you do when a dating-app glitch gifts you a fake identity? You have hot, bold, dirty phone sex with your longtime crush, who also has a fake identity....

Right before I drive over to pick up yet another breakup pizza...you know, the one with anchovies, pineapples, olives, and avocado...my BFF decides it's time for me to try a dating app. In my meltdown misery, I agree. She enters my stats.

Sinfully sexy Gianno Capra is working the counter at Capra Pizza, and he's feeling chatty. I've had a monster crush on him ever since we first met, so it's easy to go along with the flirty conversation. I even mention the dating app.

Later in the week, Gianno and I find ourselves in the same restaurant waiting for our perfect matches to show up. Gianno's dressed in a suit that's obviously tailored for his outstanding masculine body, while I'm in a red dress that shows off every soft curve. Talk about mutual attraction, we're combustible.

We soon realize there's been some kind of mix-up. We're our own dates, under different names.

So, like, this is awkward, but after some late-night dirty texting using our fake names, we decide these new identities are way too much fun to abandon. After all, it's not really me doing the wicked texting and sexy chatting. It's that other girl Gianno was supposed to meet. And I'm not chatting with Gianno. It's the other guy from the dating app.

What could possibly go wrong?

His Large Pizza is the first book in my Chef's Gone Wild series. It's hot, spicy and just the way you like it.. with a strong dash of big-family humor on the side.

What listeners say about His Large Pizza