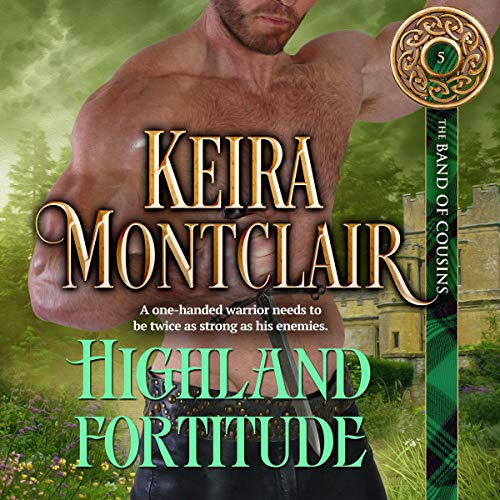 Daniel Drummond fears no lass will want a one-handed warrior, but when he meets the bonny and spirited Constance at Sona Abbey, he dares to wonder if they could have a future together. The beautiful novice has a secret, however, and her reticence makes him fear she sees him as less than a man. Eager to forget her, Daniel throws himself into the Band’s mission to find and stop the underground kidnappers who ship lads and lasses across the waters.

Constance loves Daniel, but she dares not tell him the truth about her background. Her sire sent her running from home, and she fears becoming a nun is the only way she can keep herself and the people she loves safe. Except the abbey isn’t as safe as she hoped, and she soon finds herself on the run from multiple pursuers.

Daniel throws himself into an undercover mission, little expecting it will lead him straight back to the lass he loves, but do he and Constance have the fortitude to overcome the obstacles between them?

What listeners say about Highland Fortitude

many thanks Keira for the thought you have put into each character so they're multidimensional and complex humans.
The snippets of the extended family just add to the storyline making me impatient to get to the next chapter, the next book....
Can't wait to see what comes next....

Just as expected from this author, another nice book with all the right components, intrigue, action, romance and family. Loved it

cousins true to their values

This is another of Ms Montclair's spellbinding stories from the Band of cousins series. You should add it to your list of must haves.

I love this author but I'm not as please with the band of cousins series. The first set of books, Clan Grant, I would re-listen to them. The characters were so developed and interesting while these new characters, are not so much. I think while making each book "stand alone" not needing the Grant backstory, the new series is missing depth. I'll still listen but I miss the old characters.