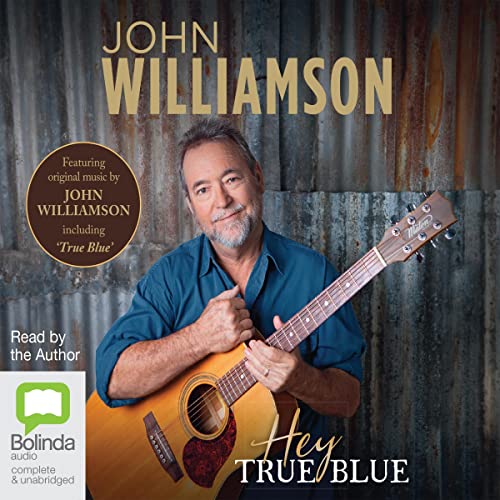 Williamson takes us through his life, from growing up on the land in the Mallee and Moree in a family of five boys, to being the voice of Australia.

John got a lucky break that kickstarted his music career with ‘Old Man Emu’, which he wrote and performed on New Faces in 1970. After huge initial success, his music career floundered for a decade until he reinvented himself.

John’s songs are all about Australia—he expresses his love of our land, his outrage at environmental destruction, his pride in the Australian character and spirit, and captures our sense of humour.

Beyond the songs, John has revealed barely anything about his private life in his 40-year career. He opens up here, talking about the tough times, the great times and what matters to him. In his distinctive Australian accent, he tells it like it is.

Read by the author, Hey True Blue also includes excerpts of his iconic song of the same name.