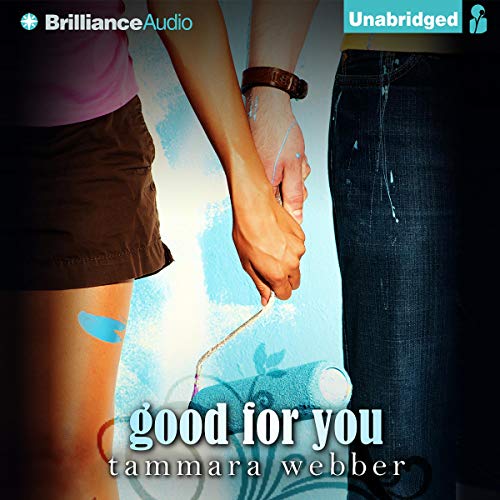 By: Tammara Webber
Narrated by: Todd Haberkorn,Kate Rudd
Try for £0.00

Reid Alexander’s life is an open book. His Hollywood celebrity means that everything he does plays out in the public eye. Every relationship, every error in judgment is analyzed by strangers. His latest mistake totaled his car, destroyed a house, and landed him in the hospital. Now his PR team is working overtime to salvage his image. One thing is clear - this is one predicament he won’t escape without paying for it.

Dori Cantrell is a genuine humanitarian - the outward opposite of everything Reid is about. When his DUI plea bargain lands him under community service supervision, she proves unimpressed with his status and indifferent to his proximity, and he soon wants nothing more than to knock her off her pedestal and prove she’s human.

Counting the days until his month of service is over, Dori struggles to ignore his wicked magnetic pull while shocking him with her ability to see past his celebrity and challenge him to see his own wasted potential. But Dori has secrets of her own, safely locked away until one night turns her entire world upside down. Suddenly their only hope for connection and redemption hinges on one choice: Whether or not to have faith in each other.

What listeners say about Good for You

This is first person.

I felt like I was reading the diary of a whiny teenager. “I want him to kiss me, I mustn’t let him.” After he kisses her she refuses to let a repeat happen. She accepts a date and then says to herself “What have I done?” After they fall for each other she breaks up with him because she fears she’ll be hurt in the future. She fears it won’t last. This is how most of the book felt to me. This is New Adult. A lot of readers like this kind of thing. It’s mostly emotional angst. I want plot, or more interesting characters. During the last half, I wanted it to be over. It felt too long.

The characters are typical normal sounding 18 and 19 year olds. Dori is into social work and doing good. I pictured Reid similar to a young Brad Pitt movie star. He is into partying, drinking, drunk driving, and lots of sex. Then he falls for good girl Dori and changes. This can be a good story if there’s emotion and passion building up and I’m really pulled in. But here I was not connected. I felt like I was reading someone’s diary and losing interest.

There is a happy ending, therefore it’s romance. The story of this couple continues in the sequel “Here Without You,” but I was not interested in continuing. I did enjoy the book “Easy” by this author.

The narrator Kate Rudd was good. Todd Haberkorn was ok as Reid, but somehow it was not sexy for me. And he had a weird sound when he read female lines.

Great conclusion to the trilogy!

The narration was excellent! Reid's character transformation from the first book in this trilogy to the ending of Good For You was amazing. This is a feel good story for fans of teen romance.

I didn't think it possible to fall in love with Reid Alexander but did I ever. It is safe to say I loved these two more then all of the other characters combined. I know right?!

There was some surprisingly great character development that will leave you pondering life and love well after the book is done.

Favorite quote of the book is as follows, "There is no way I'm not satisfying her." HOLY CRAP!

You're gonna love it.

This is by far the best book of the series, so much to the point that I wish it were a stand alone novel. The characters feel much more human, helped by the great narrators. Their performances are phenomenal. Overall, I'd say that if you read anything by Tammara Webber, let it be this

the best in the series

I really didn't expect to finish this book this fast .. as expected this time it's Reid Alexander's time to find "True Love" however Reid couldn't convince me of his transformation until the very last page of the book ( does that count ? ) I do think he is a jerk but he is trying to improve .. not sure ho to feel toward this whole series and moving to the last book of it

Funny how it all comes down to Jane Austen

I really enjoyed the story of Dori and Reed. There were a couple twist that in the end I understood why Tammara went in that direction. But at that moment in the book, I thought it was way over the top.

between the lines series

YES! I love this young love stories and how Reed finially found love and did not give up on it. It would be great to see another book that pulls all the people in the storie together again or to see Brooke fine love or her son.I would like to know how Reed tells people about having a son. These kids were too young to be parents.... I bet alot of young actors and actresses face this as they are thrown into fame and money.

What does Todd Haberkorn and Kate Rudd bring to the story that you wouldn’t experience if you just read the book?

they did a great job reading this book, I wish more books were like this.

listen to the whole series in 2 days

write one more with Brooke and all of the main people from book 2 and 3 coming together when they learn that Brooke finds love when she finds her son. Her Sons Uncle falls for her and he has no idea that she is his nephews mother.