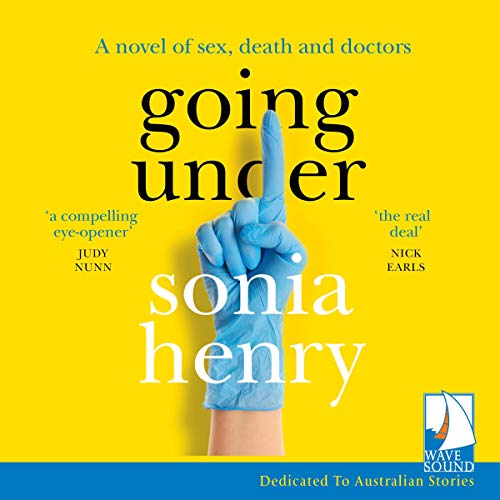 By: Sonia Henry
Narrated by: Sarah Blackstone
Try for £0.00

Dr Katarina 'Kitty' Holliday thought that once she finished medical school and found gainful employment at one of Sydney's best teaching hospitals that her dream was just beginning. The hard years, she thought, were finally over. But Kitty is in for a rude shock. Between trying to survive on the ward, in the operating theatre and in the emergency department without killing any of her patients or going under herself, Kitty finds herself facing situations that rock her very understanding of the vocation to which she intends to devote her life.

Going Under is a rare insight into the world of a trainee female medic that takes an unflinching look at the reality of being a doctor. It explores the big themes - life, death, power and love - through the eyes of Dr Holliday as she loses her identity and nearly her mind in the pressure-cooker world of the hospital. But it is also there that Kitty might find her own redemption and finally know herself for the first time. Darkly funny, sexy, moving and shocking, Going Under will grip you from the first minute and never let you go.

What listeners say about Going Under