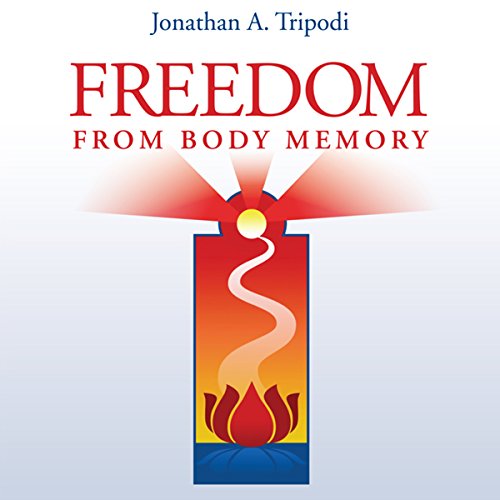 The innate ability to store stress, not only in the mind, but in the body, has become more than a mechanism to survive; it has become an unconscious habit. As a result, a person can accumulate years, even a lifetime of stress in their body from past experiences - a phenomenon known as body memory.

In Freedom From Body Memory, we join Jonathan Tripodi on his 18-year journey to uncover the secrets of body memory and how one's unconscious hold on the past is the invisible source of suffering. Pain, fatigue, anxiety, depression, and destructive behaviors are all indicators of unresolved body memory.

From his personal awakening to body memory in Part I and through the history, science, and case studies in Part II, Jonathan illuminates a healing path that is often missed in traditional healthcare. The release of body memory is one of the most enlightening and liberating experiences; and creates change in the body and in one's life that are often considered impossible.

What listeners say about Freedom from Body Memory

Absolutely incredible book. He provides you with his personal experience which is where his passion and dedication comes from. He also provides you with an array of situations and stories that allow you to relate, feel heard and understood.
Most importantly he provides you with the science, the why and the steps to help heal yourself.

Amazing and worth the time!!

If you could sum up Freedom from Body Memory in three words, what would they be?

Jonathan is a courageous soul that used his suffering to learn and help others.

I bought the book first and read it. I prefer printed rather than audible but it was great to review by listening while on the road.

isuper nspiring to new way of healing . great storyline along with great breakdown to connect with your body self healing.

Thank you for this Book Jonathan Tripodi 🤩

I can happily say that this books 📚 is one of my top ones I have read and impacted my life in a very positive way. I will share it with all my love ones. This is a MUST BOOK in everyone’s life.