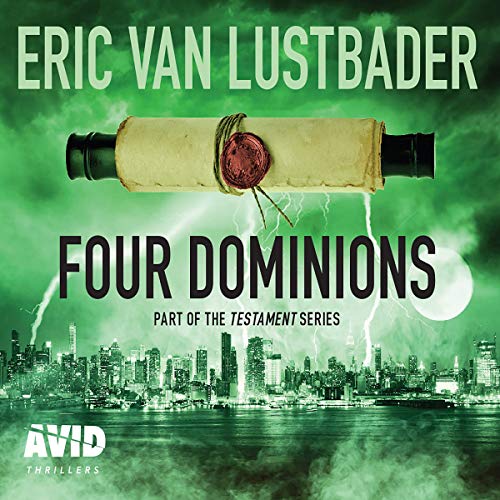 By: Eric Van Lustbader
Narrated by: Jeff Harding
Try for £0.00

The end of days has been predicted for the last 2,000 years. But now, without warning, it is upon us.

Braverman 'Bravo' Shaw, member of a secret Franciscan splinter sect, has survived a battle as old as time itself: the battle between good and evil. Working with his once-blind sister, Emma, and his confessor, Fra Leoni, Bravo went to war with the Fallen, Lucifer's advance guard, and emerged with the Book of Deathly Things - Lucifer's first and last testament.

Now, back in New York, the book's secrets have revealed themselves to Emma. With the testament stolen by Bravo, Emma realises the Fallen army will awaken fully and come to claim what is theirs.

What listeners say about Four Dominions

As expected from Lustbader - enthralling

A grood follow on from the Fallen. not bad at all. Definitely worth a listen

I know that a good thriller can overstep now and again but this tale I had to stop listening to, I enjoy Lustbader normally and my favourite narrator was doing the reading but it was awful and after a couple of hrs went into the virtual dustbin