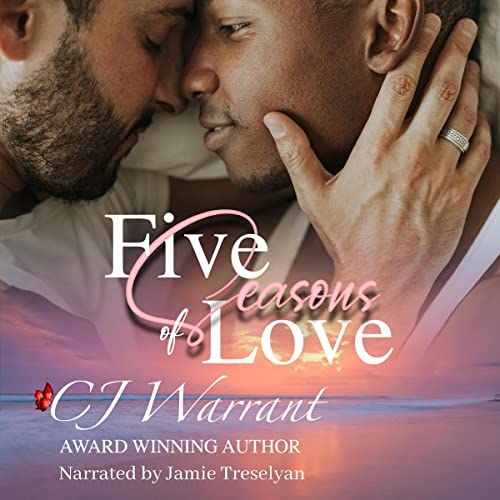 By: CJ Warrant
Narrated by: Jamie Treselyan
Try for £0.00

Moses Taylor met the love of his life during 2000 San Francisco Pride. From that moment on, they’ve been best friends, lovers, and soul mates.

They went through a lot in 22 years, except for the one thing Moses desires the most: a ring on his man’s finger and officially calling him his. It will take sneaky tactics and a whole lot of coaxing for the surprise dream wedding on the beach he has envisioned for his man.

With the love of a good man by his side, Mark Alvarez is blissfully happy with his life. Their BBQ truck business is going strong, and their adoptive son just got engaged.

Though Mark secretly wishes for Moses to get down on one knee. But Mark’s past refusals have tarnished that idea, and he would have to be content without a ring on his finger. Unless he is the one on that bended knee.

What listeners say about Five Seasons of Love