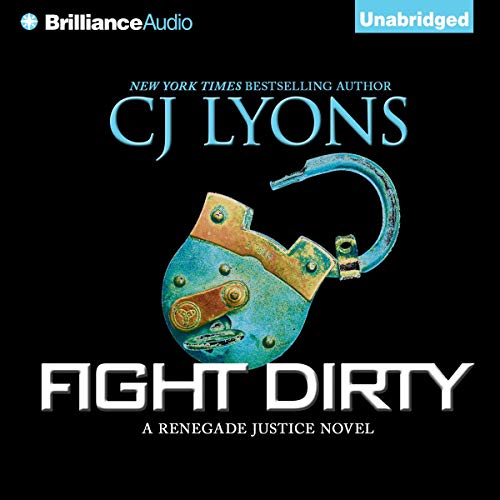 Raised to kill by her father, a convicted serial killer, Morgan’s problems aren’t those of the average teen. She wants only one thing: to protect her freedom and not get locked away. So, despite ongoing temptation and a bloody past, Morgan swears off murder.

Seeking to tame her sociopathic instincts, Morgan cons her way into working with security consultants Jenna Galloway and Andre Stone. For their first case, Morgan goes undercover to infiltrate ReNew, a treatment center for troubled teens, to investigate the suicide of a fourteen-year-old girl sent there by her wealthy parents.

While Jenna and Andre search for evidence from the outside, Morgan endures her own worst nightmare posing as an inmate. It isn’t long before she discovers that ReNew’s unstable patients are the ones who are really in charge - and that some of their psychopathic tendencies rival her own.

Even if Morgan can discover the truth behind the girl’s death and escape ReNew alive, what - or who - might be waiting for her on the outside?

What listeners say about Fight Dirty

I wasn't too sure at first

When I first started reading this title on Kindle, I was a bit skeptical. It didn't take long before I hooked. I became so fond of it that I later purchased it on Audible. My partner and I spend quality time listening to the Audible version together. It's hooked him as well.

I do not recommend this book. it's boring and the story leaves much to be desired. I have tried listening to this book 4 times and never fet very far. when I do have it on, it becomes droning and white noise.

Wow! This book was so far out of my sifi genre. That said, I liked it. The main character was so broken by her serial killer father. solidly written. It was not so much a mystery as It was a thriller fantasy. #tagsgiving, #sweepstakes

Would you consider the audio edition of Fight Dirty to be better than the print version?

This author is not for me, but I love Ms Dawe's narration so I purchased this book.
Note: use 1.25x speed to match the story to author's intent
Ms Dawe does a great job on male and children's voices. She did a great job on this story.

Mica as he understood "no man left behind"

When Morgan, creates her own set of brass knuckles.

This book is the story of fighting for justice. It had a good outline/story and perhaps a bit better editing would compel me to seek more work from this author. However, it would only be if Ms Dawe read it.

this was a good value listen

ugh. this narrator is aweful!

every single story she narrates is ruined. every sentence is not the end of the world. but to listen to her, you would think the world was ending!

The narrator "spit out" every word with no emotion & the cadence of her voice was very irritating but I wanted to hear what happened to Morgan & struggled through to the end. It could have been a good story.

Far fetched story from beginning to end. Narrator's habit of raising her voice at the end of each sentence drove me crazy.