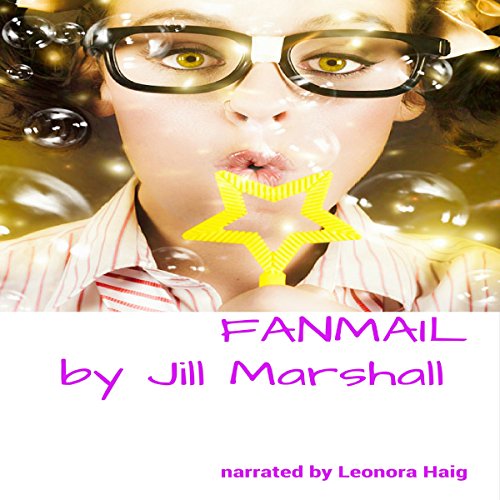 By: Jill Marshall
Narrated by: Leonora Haig
Try for £0.00

Dear Mr Scowl, I am writing you a letter because... well, actually because I have a ban on trying to get too close to Jazzy D, or Jason Devaney, as I would call him - as we sort of went to school together in Jersey. So while I know it would probably be better to come and find you, I think your security men would probably not let me in. (It's all a very big mix-up, which I'll tell you about when you come to collect your goods). So, I'm not into Facespace and Tweeting and all of that stuff (because I'm sure you have secretaries going through all those things and answering for you) to give you some very important information. If you're missing a certain pop-star... I mean, if the lead singer of a certain very popular band has gone missing... No, I mean, I know you'll have kept it out of the papers so as not to upset the legions of Jazzy D fans and Divvies the world over, but I happen to know where he is. The thing is, Mr Scowl, I'm not quite sure how it came about, and especially how he managed to turn up at my mum/boyfriend/partner/companion/associate/fiancé's house, but he did, and I've had to deal with the fall-out. So right now, Stephen, your teen idol is living in my shed.

Cat Andrews' life is falling apart. The chemical reactions of the brain are all going wrong - between her friend, Gorgeous Dolores, the new boy with the divinely attractive upper lip, and the girl with hair wings (i.e., her). Her mum's got a New Man and the New Man has a daughter she's expected to get on with. And on top of all that, for some reason a pop star she can't abide seems to have adopted her. It's going to take more than a couple of letters to sort it all out, but luckily Cat Andrews is not your average girl, and she's more than up to the task of working out some fanmail.

What listeners say about Fanmail