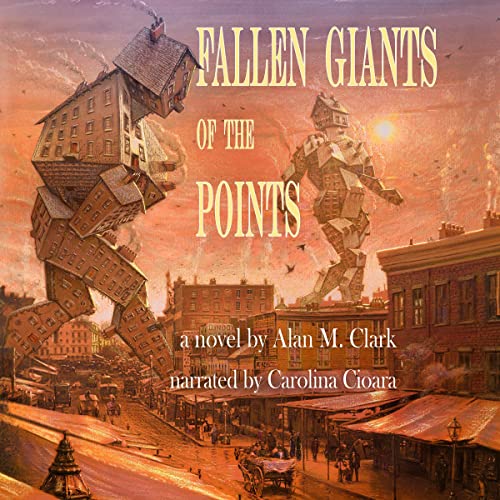 Fallen Giants of the Points

By: Alan M. Clark
Narrated by: Carolina Cioara
Try for £0.00

A novel inspired in part by the early gangs of New York, this sprawling adventure is also a western, a coming of age story, and a tale of redemption that carries listeners from the streets of infamous Five Points, New York City in the 1840s to Gold Rush era San Francisco.

Told from the point of view of two dauntless orphaned children, Alta Mae and Cedric, the narrative provides a fresh and at times innocently humorous perspective on the grim realities for homeless children of the period and the hardships of western migration. Raised on the streets and resorting to petty crime to get by, they are filled with the bigotries their older brother, a nativist Bowery Boy gang member, gave them. He sells them into servitude and joins up to fight in California during the Mexican American War. Since he’s the only family the children have ever known, they escape service and head west to find him.

With experiences along the way that put the lie to their bigotries, they are no longer the children their brother groomed to hate when they arrive.

What listeners say about Fallen Giants of the Points