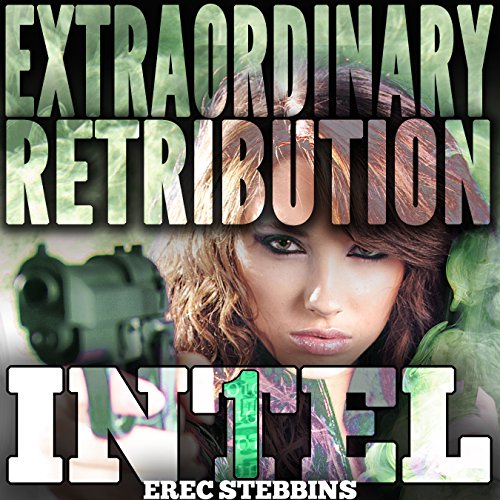 By: Erec Stebbins
Narrated by: Paul Aulridge
Try for £0.00

Murder, torture, and vengeance collide to threaten the highest echelons of power.

Evil is not born of madness, but madness of evil. Follow a rogue CIA agent who uncovers a shocking conspiracy deep in the intelligence community. But a shadow follows the investigation: a killer bent on a revenge so terrible, it is only matched by the crimes committed against him. In the end, no one escapes unscathed, no beliefs will go unchallenged, and no wrong will escape the terrible, final, and extraordinary retribution.

"Stebbins nails it with this book. Just when you think you have the recipe down for international thrillers, an author upends it and creates multifaceted characters and a plot that never stops. Intrigue, murder, ethics, religion, romance, an international setting.... The author has packed everything…." (ForeWord Reviews)
"A fast-paced international thriller.... The twists and turns of plot continue right up to the last emotionally-charged paragraph" (Midwest Book Review)
"An addictive page turner and heart pounding thrill ride.... [A]n absolute must-read. You won't be able to put it down. (Internet Review of Books)

What listeners say about Extraordinary Retribution

The Hipocracy of American thrillers is obscene, there is no honour in manufactured terrorist atrocities.

Good storyline but too much gratuitous violence.

I liked the story itself and the narration was very good. It is what allowed me to finish this book. There was too much gratuitous violence for my taste and the droning on about weapons details was tedious. If you are into weapons I suppose it would keep your interest, but I found my mind wandering quite often with this book and I didn't even have to backtrack because the details weren't important to the storyline.

If you have a tendency to really buy into conspiracy theories, you might not want to read this book. But if you thoroughly enjoy a good high actions twists and turns never know when the other shoe is going to drop next adventure mystery, then this is your book! This is my first time reading a book by this author and I have already purchased his next three. I love the imagery, character development and intrigue. I definitely recommend this author and this book!