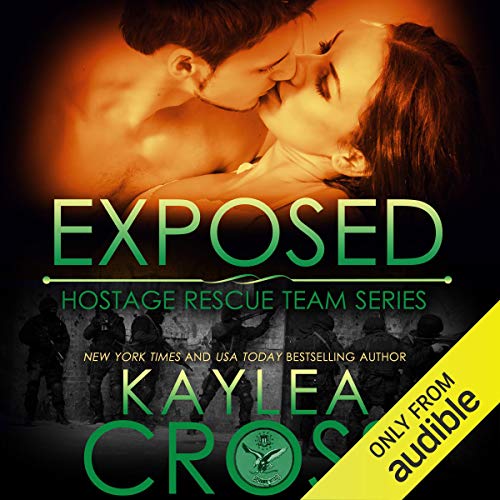 By: Kaylea Cross
Narrated by: Jeffrey Kafer
Try for £0.00

Sometimes the one you were meant to be with...

Marisol Lorenzo landed her dream job as an assistant US attorney and is working on the case that could make her career; now she's determined to put away the most dangerous drug lord in the country. But his incarceration has opened up a lethal turf war among his lieutenants. Their enforcers are out hunting their enemies and anyone who gets in their way. When one of them sets his sights on Marisol, she turns to a man she grew up with and has wanted for years - a member of the FBI's elite Hostage Rescue Team. Even though she thinks he'll break her heart when he leaves town, it's a risk she's willing to take.

Has been right in front of you all along.

Special Agent Ethan Cruz is back home in Miami with his team to take down a dangerous fugitive linked to the case Marisol is working on. He's focused on his job and not looking for a relationship - until she captures his attention so completely that he's consumed with the need to make her his. Though he knows he should keep his distance, the explosive attraction sizzling between them makes it impossible. He's always had a soft spot for her, but now his feelings are so intense he can't shut them off. What starts off as desire quickly runs deeper, becoming something more powerful than he's ever known. And when Marisol winds up in the crosshairs of the most lethal enforcer of all, he'll put everything on the line to save her.

What listeners say about Exposed

After finding this series to read on vacation, I have read all books in the series available on Audible.com, and can’t wait to read more!! Kaylea Cross is awesome and Jeffrey Kafer is a perfect narrator for this series! I know more books are available in this series... and I hope Audible releases the audio versions soon!!

I love reading all your books. I need to get the next book like ASAP.