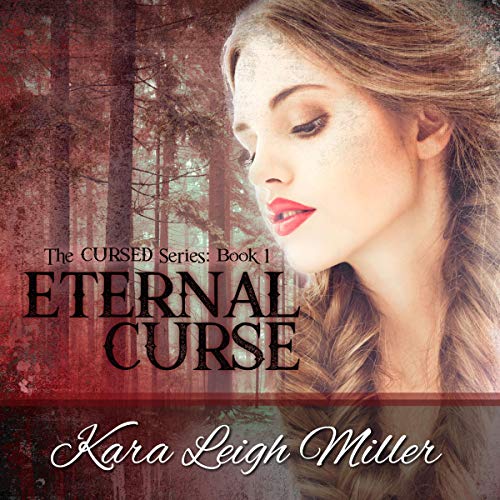 By: Kara Leigh Miller
Narrated by: Andy Garcia-Ruse
Try for £0.00

After pulling the plug on her mother’s life support, 17-year-old Chloe Madison moves to live with relatives she hardly knows. Her new hometown in the Adirondack Mountains is barely more than a pinpoint on the map, but it’s shrouded in deadly secrets and strange family legends.

Chloe is determined to keep her head down, finish high school, and get the heck out of there. Until she meets the enigmatic Trent Halstead. Something intriguing hides beneath his quiet self-assurance and hero air. Maybe, there’s something - or someone - worth sticking around for, after all.

But when a rash of unsolved murders leaves two of Chloe’s classmates dead, she begins to suffer from disturbing hallucinations that build to the horrifying image of Trent as a murderous vampire. With nowhere else to go, she’s stuck in a town she hates, surrounded by people she can’t trust, and she’s pretty sure she’s going to be lunch.

If all that isn’t bad enough, Trent is hiding a lethal secret, besides the whole immortal bloodsucker thing. He’s the not-so-proud owner of an ancient, family curse - no Halstead will ever know true love - and he’s desperate to find a way to break the curse.

Could Chloe be the key to his happiness or just another secret Trent wished he never unlocked?

What listeners say about Eternal Curse

If you liked Twilight, this is for you

Well written and well narrated, it's a good take on the teenager meets vampire story. I would definitely love to read more of this series

It was just shy of okay for me

After reading the reviews on Kindle and Audible, I really looked forward to reading Eternal Curse. The writing style was easy enough to read and the story idea was a good one. Unfortunately, for me, the execution of the concept left something to be desired.

For one, Chloe, the main female character isn't really all that likeable... nor was she an anti-hero you could enjoy disliking. She was just kinda blah other than being rather whiny. And there were so many 'duh' lines. For example, Chloe asking, "Was it really",,, "Did that mean," .... "Did he/she..." etc., etc. when the answer to each question should've been painfully clear to even the most naive or unsavvy MC. Secondly, I had to shake my head numerous times where the things she felt/thought/did were so not smart. That may have well been her most defining character trait: that she consistently made poor decisions, and not in a way that could endear her to readers. Just a couple that quickly come to mind: When she went out into the woods, after everything she'd already rationalized which told her it was a totally dumb move. I mean, come on, when she knows her cousin's mind has already been influenced by Isach, her cousin's boyfriend--who happens to be a witch-- and her cousin texts home to say she was eating dinner with him, then suddenly she's in the backyard at home calling up to Chloe's bedroom window to come down, that she needs her. Chloe not only goes but follows her cousin as she backs into the woods (after Isach had already threatened Chloe). Or, the demand she leave for California... that she had no choice. She was 17, and already staying with family... the people her mother had wanted her to be with. Chloe didn't have to go anywhere without a court order. Under the circumstances, any judge would've given her the choice, given there'd been no contact from her father in a decade, especially since it was in the middle of the school year. And then the whole killing her mother thing was anti-climactic. Guilt would've been quite believable, but I felt it was just way overdone. And once she'd finally shared what happened, I can't recall there being another mention of killing her mother. It was like it completely went away as an underlying theme.

All in all I felt the plot was a bit dark for very young teens, but the writing (based on the above-mentioned) a bit too juvenile for older readers. All that said, if you enjoy very juvenile YA novels, you may enjoy this book. There are obviously readers who have. I do typically really like good YA paranormal romances, but this one didn't give even an average YA reader enough credit, IMO. While I'm a little curious how things end up for Chloe and Trent, I'm not curious enough to make my way through book #two (no less six more books to find out).

For me, four stars for the story idea, two stars for the execution, three for the narrator's performance, for an average of three stars.

That being said, I loved the book. I can not wait to read book two.

It is a good ya romance. I like the heroine and the hero. It does not turn out how I thought and it leaves you hungry for book 2. I got book from a contributor and this is my honest and voluntary review.

Hits you in the feels!

I went into it expecting the same ‘ol story retold and I was way off! The story is beautifully written and flows so, well! I definitely pulls at your heart strings and leaves you emotional. I can’t wait for the next one!! The narrator does an excellent job! Highly recommend!!!

I was provided a free copy of this book in exchange for my honest review.

Never have I been so glued to an audiobook.

In the vein of Twilight and The Vampire Diaries, Miller's Eternal Curse contained all the angst, love, and heartache this YA fan needed. Never have I been so glued to an audiobook! Be still my Twilight heart!

Andy Garcia-Ruse was phenomenal as the narrator. She invoked all the emotion the author poured into this story.

I cannot wait to dive into the remainder of the books in the series.

This is my first book by Kara Leigh Miller and I was saddened by Chloe and Trent’s struggles, protests and grievances! Chloe was a good girl with strong opinions and misplaced guilt for situations beyond her control. Trent was intrinsically good, supportive, compassionate and loyal even when the circumstances placed him at a disadvantage. Their relationship is filled with angst, suspense, witty banter, love, and forgiveness. Andy Garcia-Ruse is a new author to me and her performance made a great impact on the story!

Loved it !!! I received this book for free but I'm really glad I did I loved the story and the narrator really hoping the other books come to audible