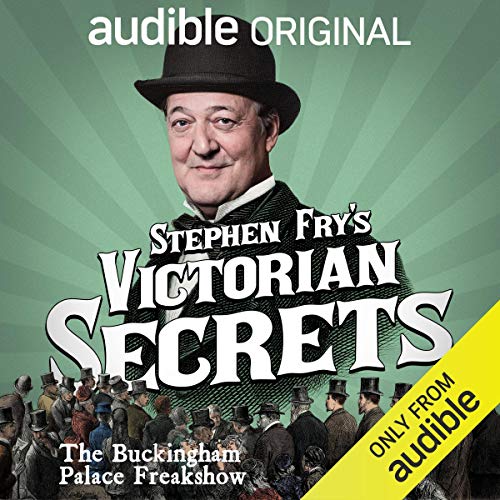 What listeners say about Ep. 2: The Buckingham Palace Freak Show

Chapter 2, Stephen refers to Mexico (Aztecs) as central America. I'm in shock that Fry has no idea where is Mexico.

the music is really annoying. i l could not listen to this . get rid of the pointless

What happened to episode 1?

Seems okay so far... but no episode 1 starts at 2 and is narrated as episode 2

Of only the distracting music could be eliminated

Stephen Fry is an amazing narrator in this series. Just as he excels in his other narrations. The subject matter and storylines are engaging and enjoyable.
Having say that….the drone of the annoying and persistent piano background music becomes as annoying and irritating as fingernails scratching the surface of a blackboard.
Shameful way to treat an otherwise excellent series.

this is really really bad. their take on the kidnapping enslavement and parading of people like Hottentot Venus and the so-called baboon lady... Juliette wwas really abused by her husband who traded her around and then sold her body and their child body after the death. but these apologists are like 'oh no, these freaks made lots of money so they were actually able-bodied! this was a good thing for them...."
No they were kidnapped, exploited slaves and there's miles and miles of research to support that. Lost all respect for this series won't be listening to anymore.

I appreciate the different perspective and explanations of people's thinking then and now. The historians do a very good job of explaining how people and our perceptions have changed.